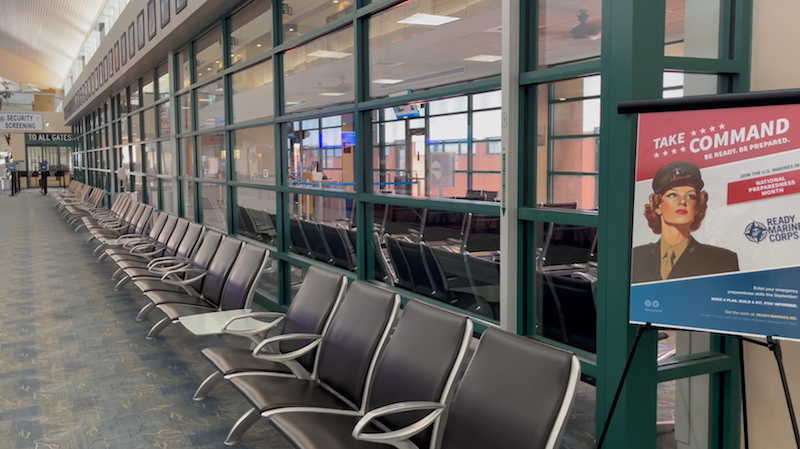 YUMA, Ariz. (KYMA, KECY) - Yuma International Airport (YIA) was recently awarded Arizona's 2021 Airport of the Year by the Arizona Department of Transportation (ADOT). The agency announced YIA as the winner during the annual spring conference of the Arizona Airports Association last week. The airport was recognized for several criteria, including community involvement, management and maintenance.

“I think a lot of it deals with not just the airport, but the community involvement, and also not just in this town or in this city, but also in the state and what do we do to kind of create new things throughout the year", said Gladys Brown, the Airport Director for YIA.

Yuma International Airport has a rich history dating back to the early 1900's. YIA is always looking to tackle new projects, and has several partnerships both nationally and abroad, including Customs and Border Protection (CBP), NASA, and Boeing.

“We have a range of different operations that happen here. Not just on the commercial side, which is American, but we have Boeing that comes down here to test regularly, we have different partnerships with international military that come and test like the Belgiums. We have folks across the nation that come in support of or in addition to what the air station does. We also have testers and developers that test their platforms over at the Yuma Proving Ground. That brings in our NASA and Jacobs groups that come over here to test regularly.”

The award was based off of the airport's accomplishments during 2020, especially when it comes to the coronavirus pandemic. Brown said over the past couple of months, the airport has seen a steady increase in air traffic, a pattern that bodes well for the airline industry, which was hit hard by the pandemic.

When it comes to some of the unique aspects of the airport, Brown said there's lots of things that makes this small airport stand out from the rest across the Grand Canyon state.