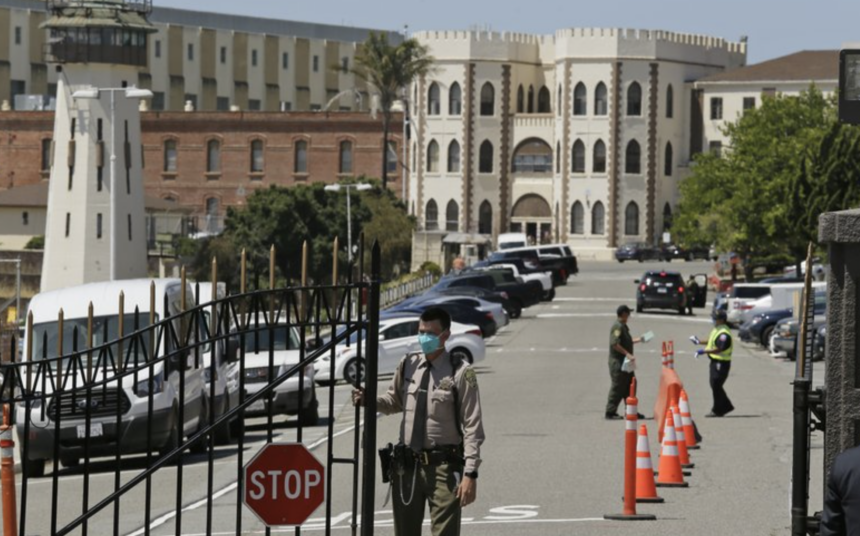 More than 200 California inmates at the highest risk from coronavirus won’t move to safer cells, confounding officials who want to transfer thousands of prisoners to locations where they are less vulnerable to infection.

The unexpected development leaves corrections officials in a quandary as they consider how to avoid a repeat of deadly outbreaks like those at San Quentin State Prison north of San Francisco, where 75% of inmates were sickened and 28 died this summer.

An initial 238 of 302 highly vulnerable inmates systemwide refused to move to solid-door cells where they would be less at risk for airborne transmission of the virus, said the federal court-appointed official who controls health care in California state prisons.

“What are they frightened of? Why wouldn’t they go?” asked Michael Bien, one of the lead attorneys who has been pushing for such transfers and broader inmate releases for months. “We don’t have an easy answer for it.”

Usually, inmates are given little choice in where or how they are housed. But in this case, corrections officials respected inmates’ wishes to stay put.

“There are times when the demands of public health can overcome patient preferences,” federal receiver J. Clark Kelso said in a statement to The Associated Press, but in this case he said the transfers would mainly benefit individual inmates. “What we can and must do is fully educate our patients about the comparative COVID-19 risks of dorm housing versus celled housing.”

For most people, the new coronavirus causes mild or moderate symptoms, such as fever and cough that clear up in two to three weeks. For some — especially older adults and people with existing health problems — it can cause more severe illness, including pneumonia, and death.

“We agree with the receiver — it’s very dangerous where they’re housed,” Bien said. “But on the other hand we need to understand why people, even if told about the danger, why they wouldn’t want to move?”

Kelso recommended in a memo obtained by the AP that about 8,200 high-risk inmates statewide be offered transfers from their current housing in open dormitories or cells with barred doors to safer closed-front cells. That could mean moving more than 8% of the inmate population.

He said there is an “urgent” need to seek the transfers because “the disparity in risk is so great” between the various forms of inmate housing.

An analysis of 69 inmate deaths found 81% contracted the coronavirus while living in a dorm or open-front cell, he said.

The correctional system’s six largest outbreaks were all in such prisons, where inmates share what Kelso called “common airspace.” Similarly, outbreaks in two other prisons were mostly in dorms, while inmates in the same prisons’ closed-cell-front housing largely escaped infection. Prisons with solid cell doors also have been more successful in containing outbreaks.

Despite the danger, Bien said inmates’ refusals can make sense and attorneys want to keep the transfers voluntary.

Like anyone else, inmates make friends and become comfortable with where they are living. Those in dormitories have more freedom to move around, while cells are generally reserved for higher-security inmates with fewer privileges.

“If you’re an old guy in a safe dorm and you know you’re going to be sent to some locked housing and it’s in a higher-security area, it can be frightening,” Bien said. “Hopefully they can do more than just say we’re going to send you ‘somewhere.’”

Inmates should be told where they would be transferred, and if they can return to their dormitories or less-secure housing after the coronavirus danger eventually passes, he said. Officials should temporarily allow more privileges and freedom within specially designated sections of the higher-security solid-door prisons reserved for the vulnerable inmates, Bien said.

Prison officials should also continue considering early releases for medically vulnerable inmates, Kelso said in his report, noting that only “a small number” have actually been released.

“There’s another choice that they’re not putting on the table, which is they could be released,” Bien said.

Three state appellate justices last week ordered prison officials to either transfer inmates or grant them earlier parole to trim San Quentin’s inmate population to less than half of its designed capacity. They noted experts’ findings that older, long-term inmates could likely be released without much risk that they would commit new crimes.

State corrections officials said they disagree with the ruling but have not yet decided if they will comply or appeal.

They declined comment on Kelso’s report. But top department officials last week barred transferring high-risk inmates into six of the open-air prisons, including San Quentin, though those who are already there can stay.

As a practical matter, that will slowly reduce the vulnerable population at those prisons, Bien said.

The officials’ order cited Kelso’s findings that housing in those six prisons “can lead to increased morbidity and mortality.”