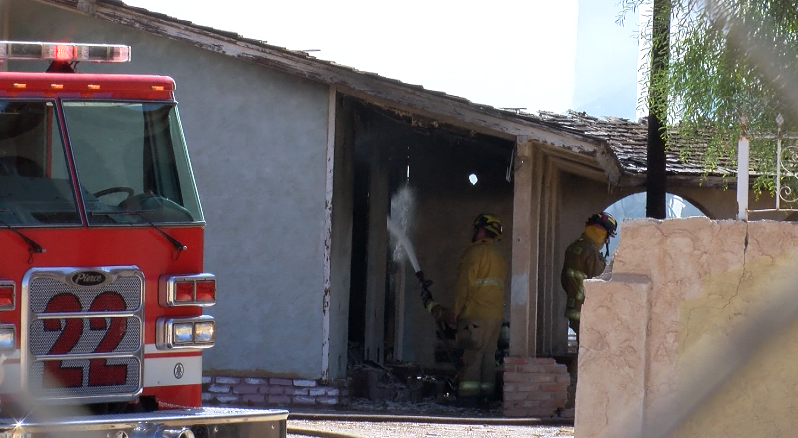 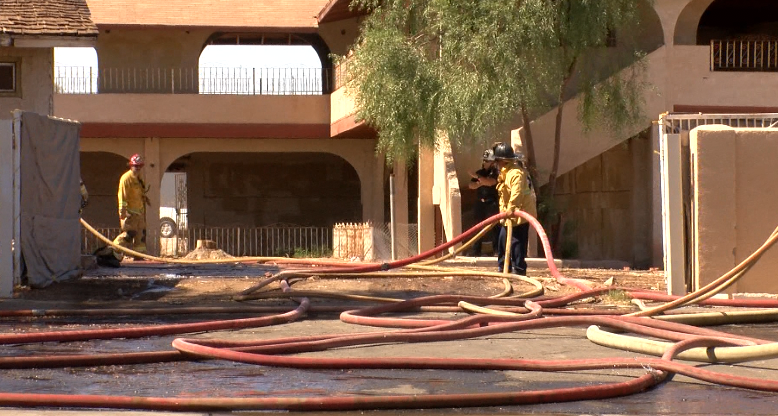 CALEXICO, Calif. (KYMA, KECY), The Calexico Fire Department responded to a structure fire at an abandoned building right next to Best Western Inn in Calexico.

All hotel guests were evacuated for their safety as fire crews contained the flames.

CBS 13's Alexandra Rangel gives us a look a the fire:

The one-alarm structure fire started around 12:00 p.m. and how it ignited is still under investigation.

This is the second fire at this location in one week.

On September 22nd, the same structure caught on fire. The fire department said transients were seen leaving the area and were suspected of starting the fire.

Since then the building has been red tagged by the fire department.

According to the Calexico Police Department a homeless person is suspected of starting last Tuesday's fire.

Both fire are under investigation.