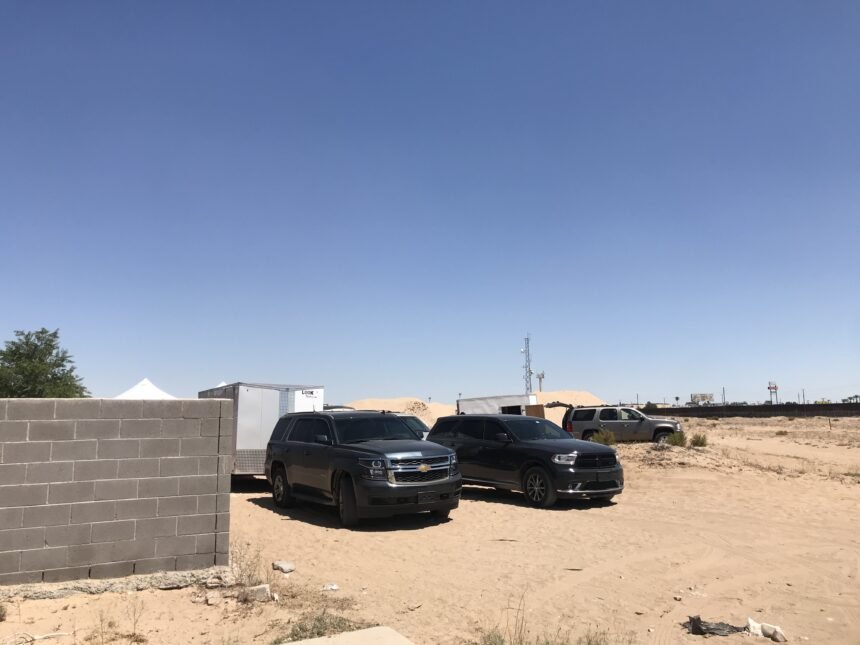 The tunnel was discovered Tuesday, after several days excavating the Sonoran Desert, according to U.S. Immigration and Customs Enforcement.

The U.S. portion of the tunnel starts at the 1300 block of Los Olivos neighborhood in San Luis, Ariz. Goes under the U.S.-Mexico border ending at 1300 feet to Calle 10 and Avenida Capitan Carlos G. Calles., in San Luis Rio Colorado, Mexico.

“This appears to be the most sophisticated tunnel in U.S. history, and certainly the most sophisticated I’ve seen in my career,” said Carl E Landrum, Acting Chief Patrol Agent, Yuma Sector. “We will continue to work closely with our partners – Homeland Security Investigations
(HSI) and State and local agencies to provide the best National Security possible.”

In July, federal agents discovered a sinkhole along the U.S.-Mexico border between the primary and secondary border fences.

HSI agents responded to the area and found the sinkhole in line with the area of an ongoing tunnel investigation. With the assistance of

Yuma Sector Border Patrol it drilling near the sinkhole site. Shortly after, pieces of wood and water hoses were discovered underground, as well as
a void.

This is an ongoing HSI led investigation with assistance from the Yuma Sector Border Patrol.

“Homeland Security Investigations and our esteemed law enforcement partners swiftly and effectively worked together to uncover and dismantle a cross-border tunnel for smuggling purposes into the United States,” said Scott Brown, special agent in charge HSI in Phoenix.

He continues by saying, “Despite the international pandemic, HSI and our law enforcement colleagues remain resilient and committed to pursuing dangerous criminal trans-border smuggling activities along the southwest border.”

More than a dozen undercover agents are at the scene of an active Homeland Security Investigation in San Luis, Ariz.

HSI is assisting Border Patrol agents at a home located on Sixth Avenue, about 600 feet from the U-S Mexico border.

13 On Your Side's Christian Galeno and Telemundo 3 Noticias Jackie Lopez said they were asked to remain at a distance to protect the identity of several other agents at the scene.

This is a developing story, stay with KYMA as we continue to bring you the most recent updates on this ongoing investigation.