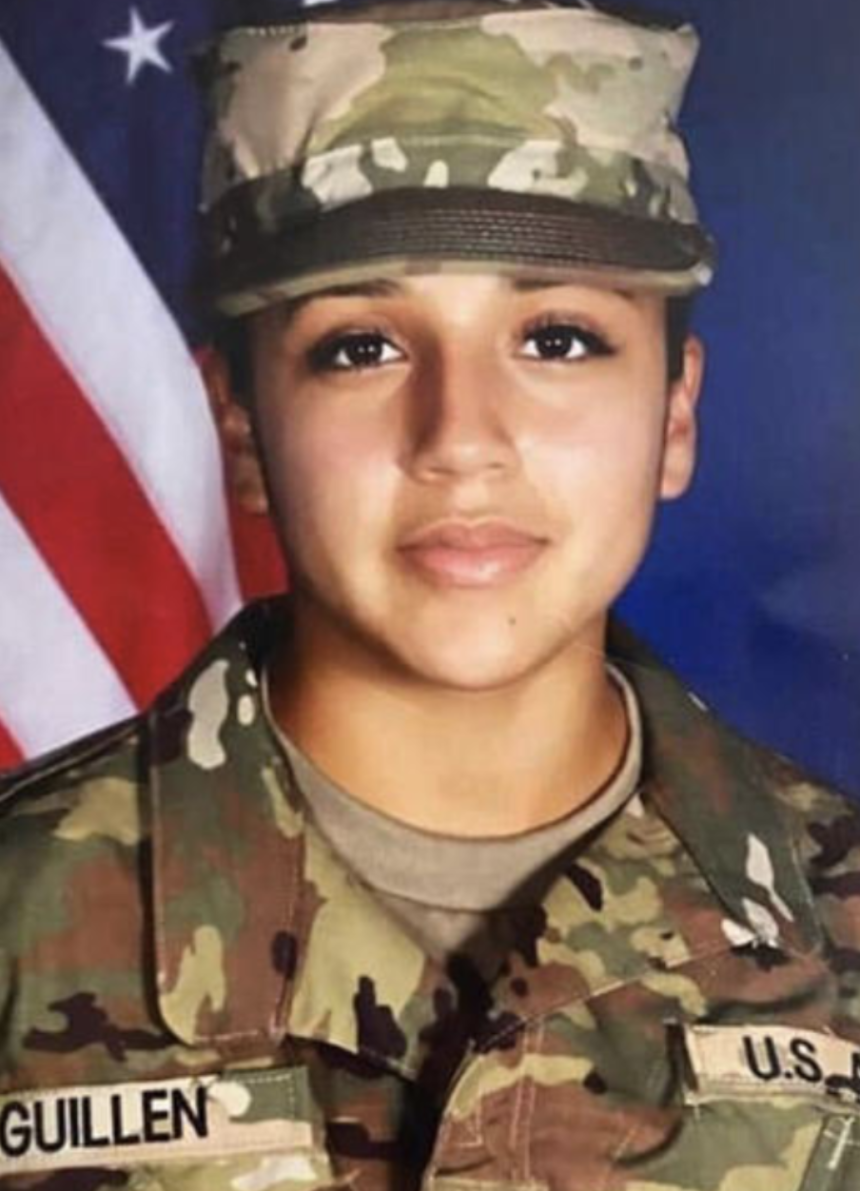 One suspect is dead and another is arrested in connection with the disappearance of Vanessa Guillen.

ABC13 News says the military suspect who died of a self-inflicted gunshot wound and a civilian suspect arrested by the Texas Rangers are connected to Guillen's disappearance, according to police.

Army officials with the U.S. Army Criminal Investigation Command (CID), along with the U.S. Marshals, Killeen Police Department, and the Lone Star Fugitive Task Force were trying to find the junior soldier who fled from Fort Hood late Tuesday.

Early Wednesday morning, officers found him in the 4700 block of East Rancier Avenue. Police say that as they tried to make contact with the suspect, he pulled out a gun and shot himself.

He died from the self-inflicted gunshot wound.

Reports say his name will not be released pending notification of next of kin.

Police say the civilian suspect arrested in Guillen's case is the estranged wife of a former Fort Hood soldier. She is currently in custody in the Bell County Jail and will be charged.

The Texas Rangers and several other agencies are still processing the scene at Leon River in Bell County, where partial remains, which Guillen's family believes were hers, were found on Tuesday.

In a press conference Wednesday, Attorney Natalie Khawam said CID has not been cooperating with the police nor the family with new information regarding Guillen's disappearance. Since day one, Khawam says the suspects involved have been covering for one another.

Guillen's sister, Mayra said she wants justice served for her sister's disappearance, including those who were part of the problem and not the solution.

Stay with KYMA, 13 On Your Side for the latest updates on Vanessa Guillen's story.

The family of Fort Hood soldier Private First Class Vanessa Guillen demands a Congressional investigation into what happened to her.

ABC13 News reports this comes after human remains were found in central Texas during a search for Guillen. There's no confirmation that the remains belong to Guillen, but Texas EquuSearch founder Tim Miller tells ABC13, "The search for Vanessa is now over."

Investigators look for answers after a person of interest in a Fort Hood case died by suicide Wednesday morning.

However, it's unclear if that person of interest was related to Guillen's case or another open investigation.

Due to extensive investigative work conducted by Special Agents from the U.S. Army Criminal Investigation Command, agents have returned to an area of interest close to the Leon River, Bell County, Texas for more investigative work in the search for PFC Vanessa Guillen. After receiving additional information, agents have discovered what has been described as partial human remains after analysis from a forensic anthropologist. Army CID agents are currently on scene with the Texas Rangers, the FBI and Bell County Sheriff's Department. No confirmation as to the identity of the remains has been made at this point and we ask for the media and public's understanding that the identification process can take time. Due to the ongoing criminal investigation, no further information will be released at this time.

Guillen, 20, was last seen on April 22, in the parking lot of her Regimental Engineer Squadron Headquarters, in Fort Hood, Texas. Guillen's car keys, barracks room key, identification card, and wallet were later found in the armory room where she had been working earlier in the day. Her cell phone is also missing.

Reports say Guillen expressed to her mother, Gloria Guillen, that she felt unsafe at Fort Hood and said a sergeant had been sexually harassing her. However, Guillen never told her mother the name never reported the incidents to the Army’s Sexual Harassment/Assault Response and Prevention program.

According to Attorney Natalie Khawam said she's discovered at least two alleged incidents of sexual harassment, a superior walking in on Guillen showering and another verbally assaulting her with vulgar remarks in Spanish. She says Guillen told loved ones she didn't want to report the sexual harassment out of fear of retaliation.

CID launched an investigation into allegations that Guillen was sexually harassed.

"I opened an investigation concerning the information provided by the Guillen Family that Pfc. Vanessa Guillen was harassed prior to her disappearance," said Commander of the 3rd Cavalry Regiment Col. Ralph Overland. "I take allegations of sexual harassment very seriously and we are conducting a thorough investigation."