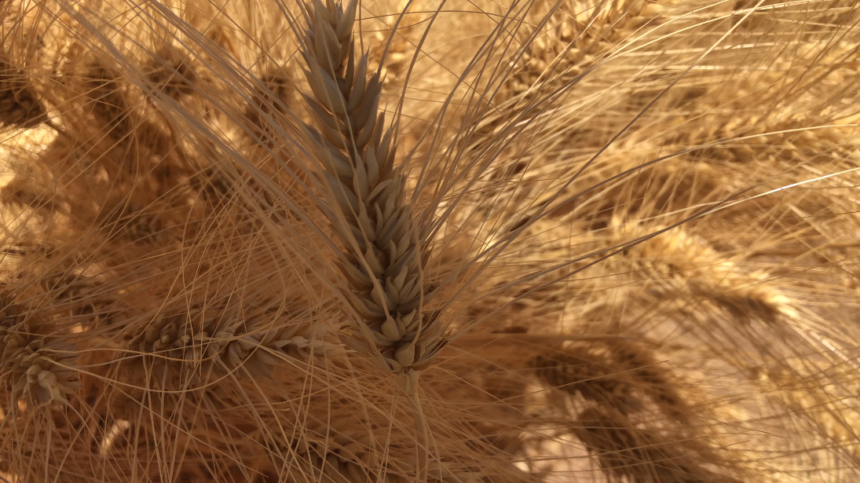 YUMA, Ariz. (KYMA, KECY) - Much of the world's bread and pasta comes from wheat grown right here in the desert southwest, including Italy's famous pasta.

Yuma is a hot spot for some of the finest wheat around the world.

Tim Dunn, President of Dunn Grain Co. grows durum wheat in Yuma. This type of wheat grows best in minimal amounts of moisture with no rainfall.

It is also what ultimately makes pasta.

Dunn says the grain is not necessarily the most profitable crop. Wheat is not only used for it product, but it can be a beneficial factor in growing other crops.

"In Arizona, it's particularly important for the rotation value. In the area like Yuma where vegetables are a main crop, a very important crop, the wheat is a rotation which helps maintain soil health," Wilkey said. "It's helpful for weed control. It also gives the land a productive value while it's in that dormant period. "

After about 100 days of growing, the wheat is ready to be harvested. This week is the peak of the harvesting timeframe.

"Once the crop is mature, and you'll see it," Wilkey explained. "You'll look out over the fields and you'll see the golden waves of grain as they say, and that's pretty good indicator that the crop's ready."

The tractor drive through the fields to harvest the wheat before shipping it off to places around the world.

"We have combines that will come through here and combine the wheat and thrash it," Dunn said. "It will shuck the wheat off the straw."