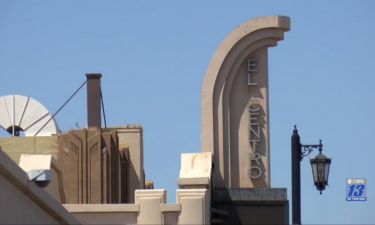 PHOENIX (AP) — Hundreds rallied in downtown Phoenix to demonstrate against the death of George Floyd in Minneapolis police custody in a protest that turned into a clash with police.

Protesters who marched from Phoenix City Hall to the state Capitol on Thursday night into Friday morning carried signs reading, “Silence is violence” and “Being black should not be a death sentence,” The Arizona Republic reported.

The newspaper reported that rocks and water bottles were thrown at police. Video from local TV stations shows protesters hammering on the window of a police car, and the newspaper reported at least one police car window was broken. The Arizona Department of Public Safety and Phoenix police responded by firing pepper spray and rubber bullets at the crowd.

Floyd, a black man, was handcuffed and pleading for air as a white police officer kneeled on his neck. His death Monday has touched off protests across the country, including in Minneapolis itself, where protesters burned a police precinct Thursday night.

The Phoenix, protest was organized by All Black Lives Matter Arizona and Jarrett Maupin. The group is not affiliated with Black Lives Matter Phx Metro, which put out a statement on Facebook accusing Maupin and his group of leading protesters “into dangerous situations without regard for safety or legal consequences.”

Maupin told The Arizona Republic that the protest was successful.

“Things got a little rough there towards the end. The Capitol was our end game and we made it there,” he told the newspaper. “Our event was nonviolent.”