The coronavirus has now claimed more than a thousand lives. Some hospitals are struggling to keep up with the rising tide of patients.

And then there's the economic devastation. More than 3-million Americans filed for unemployment last week. That's twice as bad as expected.

"I don't know if I'm going to run out of money before I can start working again."

The Chairman of the Federal Reserve is promising to prop up the economy with unprecedented emergency lending. Jerome Powell predicts a speedy recovery.

"At a certain point we will get virus under control, confidence return, people back to work..." said Powell.

"There's nothing fundamentally wrong with our economy. Quite the contrary." he adds.

"Let's do this in a way that we stay focused on the kitchen table needs for American families."

The bill includes billions of dollars for hospitals, small businesses, major corporate loans, and state and local governments. It also increases unemployment benefits. $1,200 checks will be sent, by mail or direct deposit, to Americans making less than $75,000 a year.

The Treasury Secretary says direct checks will be sent out within three weeks. He says you don't need to sign up for anything as long as you've been working and paying taxes since 2018. 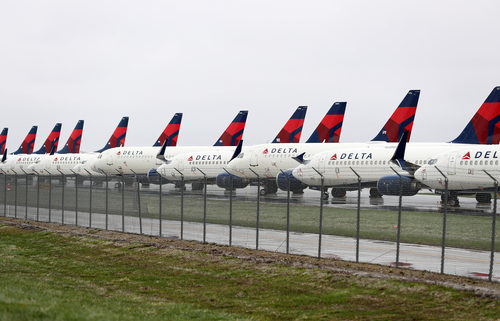