Recruits went through integrity, how to handle the worse of traffic stops, domestic violence calls, to prepare them for just a portion of what lies ahead in their career in law enforcement.

In one scenario an officer was yelling and holding a taser to a man as he held his hands up against a fence. After an exchange of heated words between both the officer and the man, the officer then deployed his taser.

The second responding officer, who in this case was the recruit, arrived at the scene where he witnessed the man being tasered for no apparent reason, besides the fact that the first officer didn't like him.

It was at this moment that the responding officer's integrity was put to play by telling his superior what really happened after the first officer lied to his superior and told an untruthful story.

The academy believes that upholding integrity within law enforcement is the biggest thing to having the community's and co-worker's trust.

By having the AWCLETA in Yuma County, the department and community save thousands of dollars.

The recruits also benefit because they get to return home every night and be with family during what can sometimes be a stressful day.

It was all thanks to AWC that made having this academy locally possible.

Academy instructors said when local agencies approached AWC and said they needed a local academy for police recruits they stepped up to the plate and wanted to help.

This year is going to be the second official class that graduates from AWCLETA.

Upon passing their final scenario test, those recruits that passed will take a comprehension final exam from the state and if they pass, they finally make it to graduation day on February 20th.

The academy began in October and upon graduation, the recruits would have completed a total of 800 hours in the program.

The class began with 22 recruits and by the time they got to their last scenario test, there were only 19 left who all passed.

Those recruits came from the following departments: 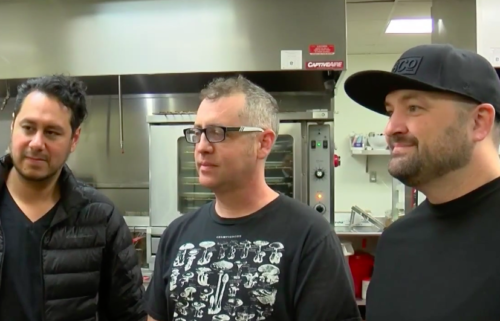