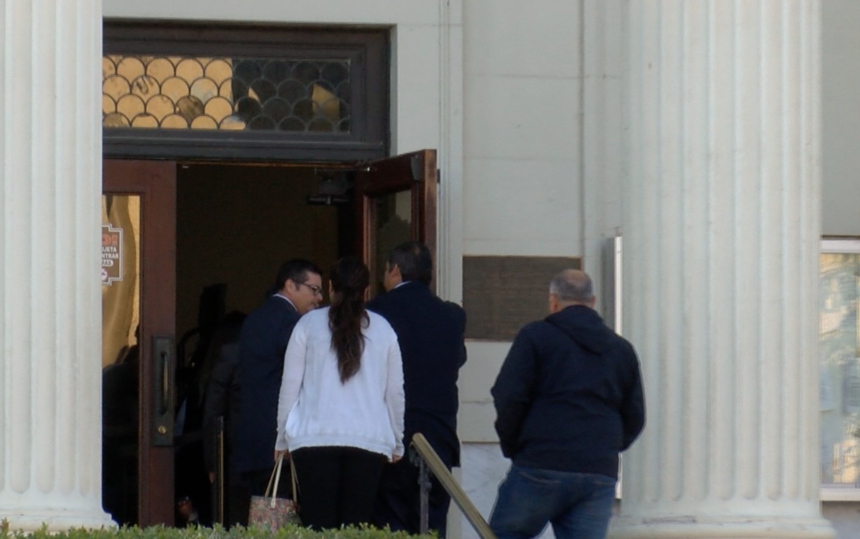 EL CENTRO, Calif. (KYMA, 13 ON YOUR SIDE, KECY)-Former mayor and current El Centro council member, Edgard Garcia was in court today for a motion hearing.

Garcia's attorney Jason Amavisca argued that there wasn't sufficient evidence to support the legality of Garcia's traffic stop the night of May 7, 2019.

That motion was denied by Judge Donal B. Donnelly.

Garcia and his attorney motioned to appeal to the appellate court, which the judge granted.

Donnelly decided to place the trial on hold pending the appeal.

During the hearing, the defense called upon El Centro councilman Thomas Olivas as a witness.

Olivas testified that he and Garcia were at the Courtroom Restaurant the night of the alleged DUI stop where they each had one drink.

Shortly after they closed their tabs and they each proceeded to drive in their own cars to Garcia's house.

Before they could get to their destination, Sgt. Seaman stopped Garcia in his red truck on the corner of Cypress Street.

Sgt. Seaman testified in the hearing that prior to the stop Garcia had been driving "erratic," adding Garcia was driving on the opposite lane.

As Seen on TV / Crime