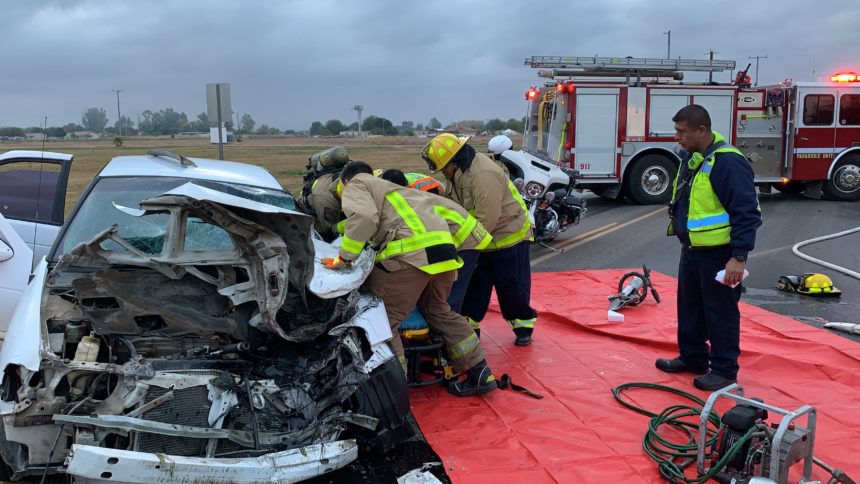 SOMERTON, Ariz. (KYMA, KSWT, KECY)- A person was transported to the hospital after crashing into the back of a semi-truck Tuesday.

The Somerton Cocopah Fire Department (SCFD) said a white Nissan Sentra had heavy damage to the front of the vehicle after arriving at the scene of the accident.

A bystander told SCFD that the Nissan was traveling northbound on S Avenue B and County 16th 1/2 Street when a vehicle in front of the Nissan stopped. The Nissan then swerved to the opposite lane striking the rear trailer of a semi-truck.

No other injuries were reported.

The Yuma County Sheriff's Office is investigating the accident.