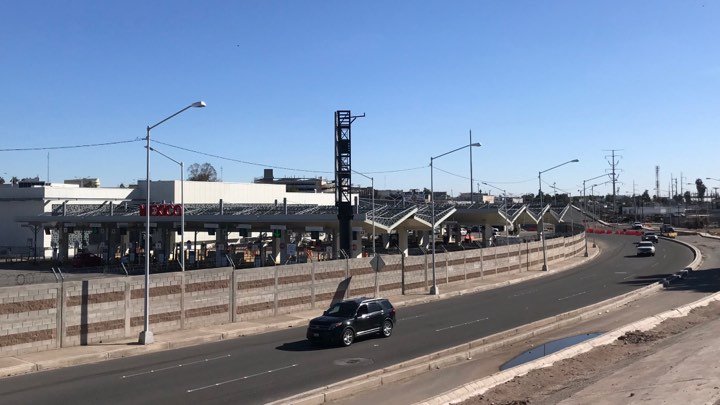 MEXICALI, B.C. (KYMA, KSWT, T3)-Upgrades to the border crossing in Mexicali are underway.

According to Mexicali customs, phase one of the construction project is almost complete.

For months now workers have been reorganizing the traffic flow from Calexico into Mexicali. Workers are finalizing touches for a new bridge that is set to open by the end of January 2020.

This project is being carried out with funds from the federal government of Mexico. According to Mexicali customs, about 13,000 vehicles cross the Calexico West Port of Entry every day.

This new project is expected to improve access to Mexicali and reduce traffic congestion.