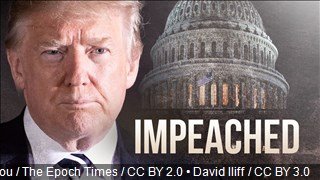 “It’s not really happy that a president has been impeached but it does feel good some justice has been happening,” Rasmussen said.

On the other hand, Representative Dunn said this has been the Democrats mission since President Donald Trump's arrival in office.

“Congress has been on a witch hunt for the last two and a half years trying to come up with a way they can derail President Trump’s presidency," Representative Dunn said.

Now that President Trump has been impeached, Rasmussen expressed what he's most looking forward to including having a president that will work on issues to improve the quality of life in the desert southwest.

“Are we better off as a country?" Representative Dunn asked. "I think Yuma is going to say ‘yeah we are’ but when we get into political decision, they’re going to say well they don’t like the way he does things.”

The next step in the impeachment process is for the Senate to hold a trial. It will decide whether or not to remove President Trump from office.