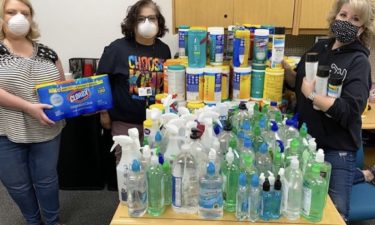 It happened Saturday evening at the San Ysidero Port of Entry. Officers say an man drove up to the Mexican side of the crossing in a moving van. Closer inspection of the van and its contents revealed some the immigrants.

Two were hidden in a washing machine. Others were jammed into a chest. Another was stuffed into a dresser.

The Chinese migrants were also detained for criminal and immigration proceedings.

This is the second time in less than a month CBP officers at the San Ysidro Port have busted an accused human smuggler with a concealed load of Chinese migrants. On November 7, they discovered six immigrants hidden behind a false wall in a moving van similar to the one seized Saturday.