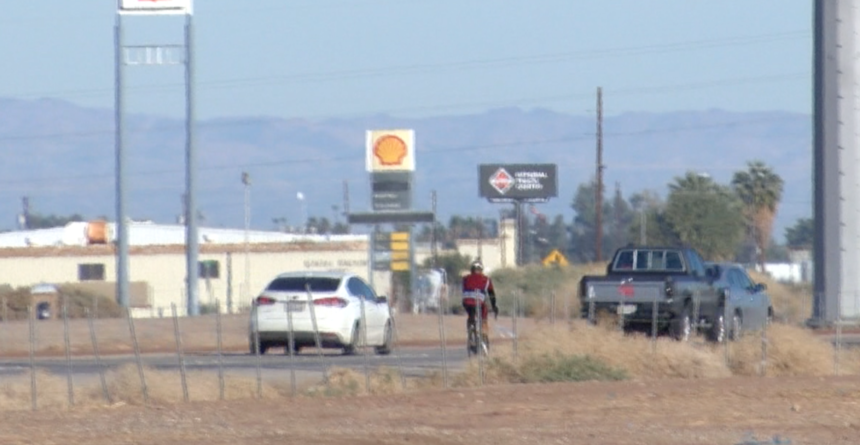 The Calexico Police Department (CPD) said a man riding his bicycle on the highway was struck by a driver in a van.

According to police, the bicyclist was not riding in the shoulder lane when he was struck by a car.

The driver of the van said the biker was in the middle of the right car lane.

Police said skid marks on the road indicated that the biker was in the middle of the lane.

According to CPD, the victim has not been identified. Police said he was wearing dark clothing and looked to be about 30 years old.

The accident is still under investigation. Anyone with information that could help police is encouraged to contact CPD.