The United States is offering up freebies, expanding the pool of those eligible and shifting access to local pharmacies in its attempts to encourage vaccine holdouts to get inoculated against Covid-19.

In the last six months, nearly 150 million people in the US have received at least one dose of a Covid-19 vaccine in what is the fastest and largest mass vaccination effort in world history. Still, the US vaccination rate has declined from its peak last month, pushing officials to offer new incentives, known as carrots, to further encourage the wary, hesitant and inaccessible to get vaccinated.

Some of those carrots are access to cultural events. The National Football League has offered 50 Super Bowl tickets to fans who share their stories of why they wanted to get vaccinated. Baseball’s New York teams, the Mets and the Yankees, will offer fans a free ticket if they get an on-site Johnson & Johnson shot. And in Chicago, the city announced a monthly concert series held exclusively for fully vaccinated residents.

Rowan University in Glassboro, New Jersey, is offering a hefty incentive: Full-time students who show proof of being fully vaccinated by August 7 will get a $500 credit toward their courses and another $500 toward housing costs.

Free food and drinks have similarly been offered up to the vaccinated. Krispy Kreme, Budweiser and Nathan’s Hot Dogs are offering free doughnuts, beer and wieners, respectively, while New Jersey introduced a “shot and a beer” program to give free beer to those who get vaccinated.

In a Kaiser Family Foundation survey, 47% of people who say they want to “wait and see” before being vaccinated said paid time off to get it would make them more likely to do so, and 39% said a financial incentive of $200 from their employer would work.

The Centers for Disease Control and Prevention offered its own incentive last week when it said that those who are vaccinated do not need to wear masks outside, except during crowded events.

The number of daily new cases in the US has sharply declined over the last month as a mass of Americans have either been vaccinated or previously infected. Experts have said more vaccinations will be key to keeping that number down — thereby protecting both the entire medical system as well as individual health.

Republicans and teenagers next up for vaccinations

Confidence in the Covid-19 vaccines has been sharply split along partisan lines, but polling published Thursday suggests Republicans are becoming less reluctant to get vaccinated.

The number of Republicans who say they have gotten a Covid-19 vaccine, or intend to get one, has increased 9 percentage points over the past month, from 46% in March up to 55% last month, according to the Kaiser Family Foundation Covid-19 Vaccine Monitor data.

That number roughly coincides with a fall in the number of Republicans who say they definitely won’t get vaccinated. In March, 29% of Republicans surveyed said they wouldn’t get a shot, and that number is now down to 20%.

Republicans are the political group with the highest vaccine hesitancy. By contrast, 4% of Democrats and 13% of independents say they won’t get vaccinated, according to the survey.

“The fact that a majority of Republicans are or want to get vaccinated, and fewer of them are definite no’s, shows that progress is possible even among the most reluctant groups, even if the process of moving from no to yes is a slow one, ” said KFF President and CEO Drew Altman.

In addition, vaccinations could soon open up for children 12 to 15 years old, expanding the pool of people protected against the illness.

“High school kids, in particular, are known to be just about as susceptible and just about as good at passing along this virus as other young adults,” Dr. Francis Collins, director of the National Institutes of Health, said on ABC’s Good Morning America Wednesday. “It will be really great to be able then to get that immunization schedule going well in advance of September.”

Pfizer said at the end of March that a clinical trial involving 2,260 12-to-15-year-olds showed its efficacy is 100% and it is well tolerated. The vaccine is currently authorized in the US for emergency use in people ages 16 and older.

The FDA will likely authorize Pfizer/BioNTech’s coronavirus vaccine for that age group by early next week, a federal official told CNN. When that happens, the US will be “ready to move immediately” to vaccinate adolescents, White House senior Covid-19 adviser Andy Slavitt said.

Experts, including Dr. Anthony Fauci, have estimated between 70% to 85% of the US population needs to be immune to the virus — through vaccination or previous infection — to control its spread. The US may depend on the vaccination of high school students by the fall to get there, he said.

An important part of the plan to vaccinate adolescents rests on using local resources like pediatrician offices, Slavitt said.

The plan also aligns with the larger strategy to make vaccinations more accessible by moving away from mass vaccination sites to walk-in appointments at local pharmacies.

For example, California officials said the massive Covid-19 vaccination site at the famed Oakland Coliseum will close this month after a “rapid reduction” in appointments over the past couple of weeks.

The announcement follows the decision to also close Dodger Stadium in Los Angeles, once lauded by Mayor Eric Garcetti as the largest mass vaccination site in the US, later this month as officials shift efforts to smaller, community-focused routes.

Meanwhile, CVS will be offering walk-in and same-day vaccination appointments at more than 8,300 pharmacy locations, the company told CNN on Wednesday.

The Biden administration announced its support Wednesday to ease patent rules on Covid-19 vaccines, which could increase their global supply as countries like India wrestle with massive outbreaks.

“If we stick together, if we work together, if we help work and collaborate with countries around the world, I do believe we will turn this pandemic around,” US surgeon general Dr. Vivek Murthy said.

Countries like the US, which has an ample supply of vaccine resources, are obligated to aid vaccination programs in the rest of the world, Fauci said.

“I believe we have a moral obligation,” he said, “to make sure that the rest of the world does not suffer and die, as it were, from something we can help them with and help them prevent.”

Fauci said he would be fine waiving patent protections for vaccines, among other options.

“We’ve got to get to the end game. And the end game is the equitable distribution of vaccines, so however we get there. It’s fine with me. We just need to get there,” Fauci said. 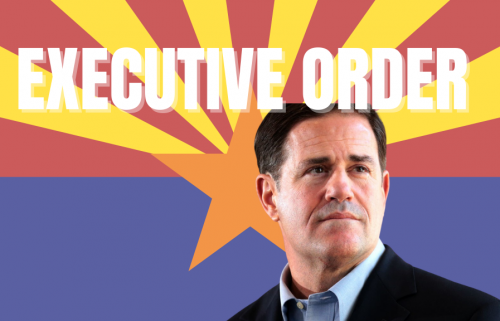