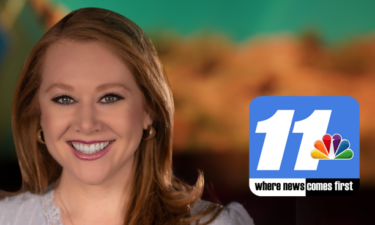 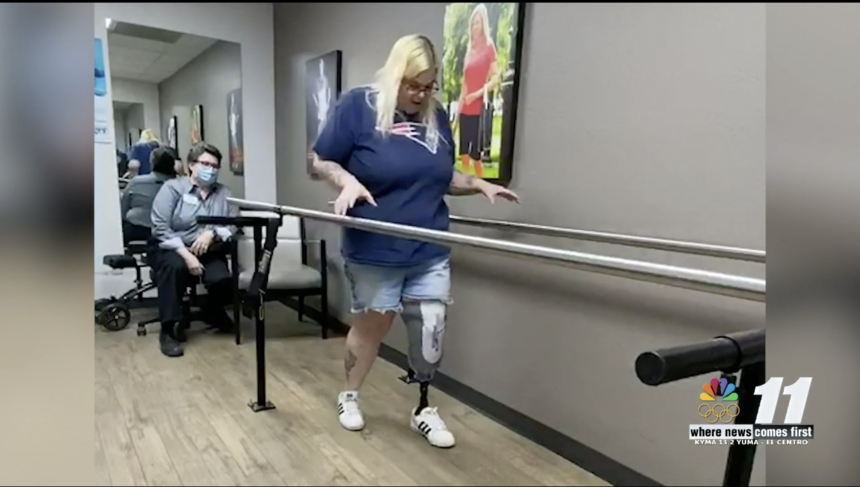 YUMA, Ariz. (KYMA, KECY) - A local Yuma woman isn’t allowing anything to get in the way of her living her life.

Quarantine isn’t stopping Megan Elie from getting out of bed every morning.

“My goal was just to get up and move around, I have used my knee scooter. I have never wanted to be in a wheelchair," said Elie.

A year ago, Elie was plagued by a series of foot and bone infections stemming from diabetes.

As she jokingly says, she’d rather be a pirate with a pegleg than to continue going under the knife.

Elie said, “I was ready to get my life back."

On February 6, she had her leg amputated.

Doctors initially estimated Elie wouldn’t be on a prosthetic until 8-months post-op.

However, this single mom’s goal was to be walking before her daughters returned home from their dad's home in texas in 90-days.

“My girls are my life. It's so important that they see me do things because they’re looking at me. They’re watching me. I'm they’re role model,” Elie said.

She hit her goal in 82-days, saying, "You can be sad about things in life or you can turn them into a positive.”

This journey has taught her to adapt and overcome, a lesson she hopes we all learn from this COVID-19 pandemic.

Elie will be getting her final prosthetic leg on Wednesday.

She says she can't wait to return to work as a security guard.