PHOENIX, Ariz. (KYMA, KECY) - Arizona Senate President Karen Fann says the state legislature needs more materials and data from Maricopa County to continue its audit of the 2020 presidential election. And, the contractors she and her fellow Republicans hired to do the audit plan to go door-to-door to get it.

Fann and fellow Republicans held a hearing on the issue at the state Capitol Thursday. That's when the Prescott senator announced the legislature's need for more information. She also said Republicans are prepared to go back to court to try to force county officials to turn over the pertinent materials.

Another development, Cyber Ninjas, the contractor conducting the audit, says it's resurrecting plans to go door-to-door to question voters about their participation in last year's election. The Senate put those plans on hold after the U.S. Department of Justice (DOJ) raised red flags about the practice. It says it could amount to voter intimidation and violate federal civil rights laws. However, Cyber Ninja's CEO still recommends moving forward with the plan. Doug Logan told state lawmakers he believes it's the only way to verify the date collected thus far.

Logan also urged further investigation of issues previously raised by Senate Democrats, including the use of Sharpie markers at some polling locations.

The recount is now entering its third month. The extended investigations, in-person canvassing, and impending legal battle promise to extend it even longer. The audit was originally predicted to conclude in May. 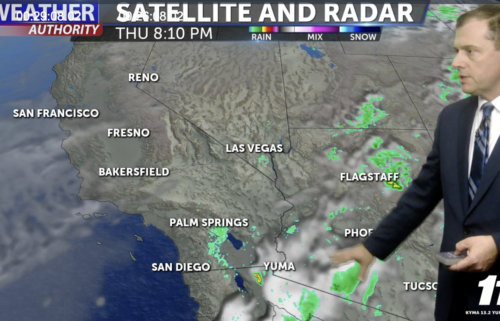