NASHVILLE, Tennessee (WSMV) — A Midstate couple who wants to remain anonymous wants to spread what they say is their experience with DBA Trade Solutions and Deangelo Denton.

The couple said nothing had been done to their home except for spray paint markings.

The couple said the money was supposed to pay for an addition to the home, adding a bathroom, closet, and an HVAC system replacement. The estimated total project, the couple said, was $27,148.

“The same day I gave him the check, he cashed it the same day,” the man said.

Since then, the couple said Denton has vanished.

After the spray paint was laid down and the job was allegedly not completed, the couple searched his name on the internet and discovered that somebody else, possibly another customer who appears to have a similar situation, created a website.

“It’s deangelodenton.com, so his picture comes up and it says ‘Alert!’ Fraud! Let’s bring him to justice,’ and it’s in 2001,” the woman said.

News4 has not been able to verify who set up and what is on the website. Additionally, the identity of the website owner is unknown.

News4 also tried finding Denton by phone and email. News4 went to the address listed as his business, which turned out to be a house. Denton could not be found.

“I first heard about the complaint through you and through this story,” Kevin Walters, a spokesperson with the Tennessee Department of Commerce and Insurance, told News4.

The couple filed a complaint with the state. Walters said he did not see any record of a license for Denton or DBA Trade Solutions in its database. Walters said let this situation remind you to do your research before giving someone your money who claims to be a contractor.

“It’s better to wait to find someone who is licensed, who has good reviews, and it may take a little longer to get that person, given the demand for contracts that apparently is out there right now,” Walters said.

News4 has confirmed that Denton has an outstanding warrant for Grand Theft in Bay County, FL.

The Department of Commerce and Insurance said to remember never to pay a sizeable down payment amount on a project.

“The home improvement law in Tennessee prohibits contracts for asking for a down payment of more than one-third of the total contract,” Walters said.

Also, you should beware of pressure tactics.

“If they’re using high-pressure tactics, like ‘Sign now, it’s a great deal.’ ‘Gosh, I’m so busy where I’ve got to know now.’ Things like that are common red flags and common things that you’re going to hear from people who claim to have your best interest at heart, but in fact, they really don’t,” Walters said.

Walters said the state’s website is where you can learn about contractors, file a complaint, and contact their contractor board. Walters said you could also ask about a licensee’s background. 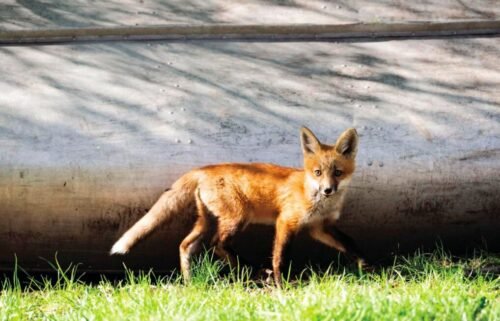