Trump, whose companies have a long history of filing for bankruptcy, announced a deal Wednesday night to bring a new media company public through what’s known as a SPAC, or a Special Purpose Acquisition Corporation.

Trump Media & Technology Group, chaired by Trump, said it will launch a new social media platform that the former president promises will “stand up to the tyranny of Big Tech.”

The media company has agreed to combine with Digital World Acquisition Corp., a blank check company that exists solely to merge with private firms to take them public.

The Nasdaq-listed shell company is led by Patrick Orlando, who is also the CEO of Yunhong International, a SPAC based in Wuhan, China, according to fillings. The blank check company’s shares surged 70% Thursday morning following the news.

Unlike other SPACs, this deal calls for bringing public a new entity that has little to no track record. The latest filings did not indicate how much revenue — if any — Trump Media & Technology Group generates. But it’s likely to be minimal given that the firm’s social media platform has not launched yet.

The announcement did not contain the financial projections that are typically offered to investors.

Jay Ritter, a University of Florida professor who studies IPOs, said companies that had less than $100 million in revenue at the time of going public tend to “dramatically” underperform the rest of the market.

“The track record for investing in companies that had little to no revenue is abysmal,” Ritter told CNN.

Reverse mergers like this one used to be frowned upon, long reserved for the backwaters of Wall Street. But SPACs have become all the rage in recent years, with Virgin Galactic, WeWork and Lucid Motors all going public through this streamlined process.

Although SPACs have slowed a bit recently, US-listed SPACs have still raised $135.2 billion through 486 deals so far this year, according to Dealogic. That’s nearly triple the same point of last year and more than 10 times greater than at this point in 2019.

Celebrities have gotten into the act too, with politicians like former president Bill Clinton and former House Speaker Paul Ryan, pop stars like Ciara and athletes including Alex Rodriguez and Shaquille O’Neal all lending their star power in various ways.

Some worry the SPAC boom is overdone and is a sign of frothy financial markets, juiced by rock-bottom interest rates. The SEC warned investors in March not to invest in a SPAC simply because a celeb is involved and the agency has said it is taking a “hard look” at the process around these blank-check deals.

For Trump, going public via a SPAC will allow him to raise money to scale up TRUTH Social without the scrutiny of a traditional IPO.

Trump said the social network plans to begin a beta launch for invited guest in November and roll out nationally during the first quarter of next year. And the firm plans to launch a subscription video on demand service, TMTG+, that will feature “non-woke” entertainment programming and podcasts.

Trump Media & Technology said its growth plans will initially be funded by $293 million in cash sitting on the shell company’s balance sheet.

The companies said that deal can “fuel TMTG’s scale up, including to provide world class leading technology services to build strong and secure social networks and diverse media offerings.”

“Given the total addressable market and President Trump’s large following, we believe the TMTG opportunity has the potential to create significant shareholder value,” Orlando, the CEO of the blank-check firm, said in a statement.

The companies said the SPAC deal, which needs to be approved by shareholders, gives Trump Media & Technology Group an enterprise value (including debt) of $875 million. They said that valuation could rise to $1.7 billion depending upon the performance of the stock price after the planned merger.

In theory, Trump could have gone the more traditional route of raising money for his new firm through a venture capital firm. However, Ritter, the University of Florida professor, said that option may have been closed to Trump.

“It might have been difficult to find someone that wanted to taint themselves with the Trump brand name,” Ritter said.

Ritter urged investors to tread lightly with the Trump SPAC given the former president’s background.

“There is a good chance this could be a very successful social platform. But this is also a guy with a history of being very legalistic,” Ritter said, citing the “huge number of lawsuits” Trump has been involved with.

Trump and the Trump Organization also remain under various investigations. Trump filed a lawsuit this week against the House select committee investigating the January 6 insurrection and the National Archives in a bid to keep records from his presidency secret by claiming executive privilege.

Trump is also no stranger to bankruptcy court. No major US company has filed for Chapter 11 more than Trump’s casino empire in the last 30 years, CNN reported in 2015.

Trump has filed four business bankruptcies, all focused on the casinos he used to own in Atlantic City. The most recent bankruptcy occurred in 2009 when Trump Entertainment Resorts filed for Chapter 11.

This is not Trump’s first foray with Wall Street.

In his only previous IPO, Trump raised $140 million in 1995 from public investors for Trump Hotels & Casino Resorts.

But the casino company posted losses every year it was public — losing more than $600 million between 1995 and 2004, a previous CNN analysis of filings showed.

Despite the losses, the company paid Trump handsomely each year through salary, bonuses, options and complex consulting and licensing deals. 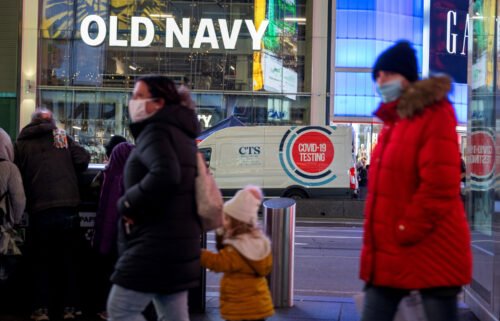