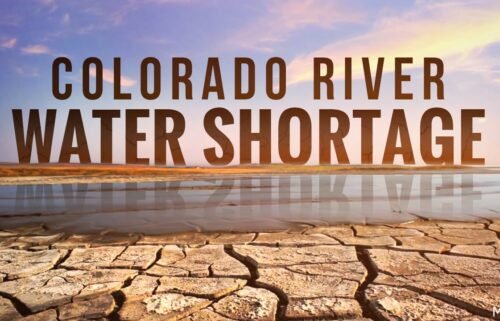 A Jakarta court on Thursday ruled the Indonesian government had failed to uphold citizens’ right to clean air, in a landmark judgment campaigners hope will force authorities to take action on the city’s notorious smog.

The long-awaited decision ends a two-year legal challenge brought by 32 Jakarta citizens against Indonesian President Joko Widodo, three cabinet ministers, the Jakarta governor, and two provincial leaders. The court ruled that the defendants were guilty of “committing “unlawful acts” and failing to combat air pollution in the national capital.

They had violated the country’s environmental protection laws, said the verdict, which called on top officials to establish a national ambient air quality standard, among a number of other measures.

Alghiffari Aqsa, the lawyer for the plaintiffs, called the verdict “historic.”

“We hope all defendants accept this verdict, because they also live here,” Aqsa said. “We hope that they abide by this verdict by executing all points through their action and strategic planning.”

The lawyer for the defendants, who were not present in court on Thursday, declined to comment on the verdict when contacted by CNN.

Before the ruling, Leonard Simanjuntak, country director for Greenpeace Indonesia and a plaintiff in the lawsuit as a private citizen, said several claimants had faced significant health problems from breathing Jakarta’s “dirty air.”

He cited asthma, skin problems and the case of one plaintiff who developed an upper respiratory tract infection after moving to the city.

The citizens claimed the government had been negligent in upholding its obligations in managing Jakarta’s air pollution, and had failed to fulfill residents’ right to clean air.

“Not all of us have the same sensitivities, but there are those experiencing health problems related to the dirty air we breathe,” Simanjuntak said.

Indonesia is Southeast Asia’s most polluted country, and Jakarta is the world’s 10th most-polluted capital, according to the 2020 World Air Quality Report by IQAir.

Air pollution is often measured by the concentration of PM2.5 — microscopic particles that contain pollutants such as sulfate, nitrates and black carbon. They are small enough to penetrate deep into the lungs and can cause severe health problems including lung cancer, coronary heart disease, strokes and early death.

But in Jakarta, readings regularly far exceed both levels — with an average annual PM2.5 concentration of 39.6 micrograms per cubic meter, according to the IQAir report.

Rapid urbanization and high levels of traffic congestion are the main contributors to Jakarta’s poor air quality, according to a study by the Center for Research on Energy and Clean Air (CREA). Coal-fired power plants on the city’s outskirts also play a role, the study said.

Yuyun Ismawati, co-founder of environmental group Nexus3 Foundation, said she joined the lawsuit after becoming fed up with the city’s bad air.

“This citizen lawsuit is for me to advocate and to uphold the right to health for everyone, especially for children and for their future,” she said.

She said her two-year-old grandson had developed symptoms of the skin condition eczema after sitting on the balcony of her family’s 15th floor apartment in central Jakarta.

“The doctor said we should try to reduce my grandson’s exposure to the outdoor air,” she added. “This is ridiculous because the sun is supposed to be good for him, but he can’t be outside because of the air?”

Before the ruling, Yuyun and other campaigners said they hoped a court victory would pressure the government to to enforce national air quality standards in Jakarta.

She also said they wanted local and national governments to enforce environmental safeguards, place strict regulations on coal-powered plants, and be transparent on air pollution policies.

Simanjuntak, from Greenpeace, said it was almost impossible to avoid being affected by bad air when traveling on Jakarta’s roads. “Even a mask couldn’t really protect you,” he said.

Before the ruling, he said he hoped the judgment would compel the government to commit resources to making Jakarta’s air more breathable.

“What we demand is comprehensive policy reform in terms of regulatory framework, higher ambient air quality standards to be adopted based on WHO standards,” Simanjuntak said.

In a brief written in support of the lawsuit, United Nations special rapporteur for human rights and the environment, David R. Boyd, said: “Air pollution is a major problem in Indonesia causing hundreds of thousands of premature deaths annually.” He added the “problems are particularly severe in Jakarta.”

“I respectfully submit that the failure of Indonesian governments to improve substandard outdoor air quality in Jakarta, especially when they have failed to act with the requisite degree of urgency and diligence in the face of prolonged and persistent exceedances of air quality standards, is a violation of the constitutional right to a good and healthy environment,” he wrote.

When the lawsuit was filed in July 2019, the government denied the city’s air quality had deteriorated, and urged the media not to “dramatize” the situation.

Irvan Pulungan, climate change envoy for Jakarta’s governor, said the government had tried to improve the city’s air quality over the past two years.

But the plaintiffs said those efforts don’t go far enough. They said Jakarta’s air pollution also comes from outside the city’s borders — from industrial facilities and coal plants in neighboring provinces and satellite cities.

That’s why they also sued the governors of the neighboring provinces of Banten and West Java, and Widodo.

But the response from the provincial governors and the national government had been minimal and underwhelming, the plaintiffs said.

Before the ruling, Yuyun said hoped the campaigners’ court victory would more than just symbolic, and that the ruling would local and national governments to prioritize action on air pollution.

“I’m advocating for the ecological child rights for my grandson and all the children who will have to continue coping with this poor air quality,” she said. “We as adults are responsible for their quality of life.”

Journalist Masrur Jamal Jamaluddin in Jakarta, and Akanksha Sharma in Hong Kong contributed to this report. 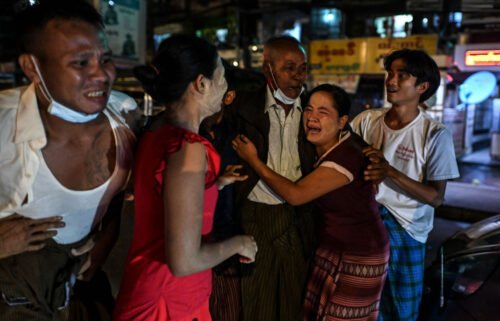