The Biden administration on Monday released guidance and resources to support people experiencing long-term effects of Covid-19, known as “long Covid,” as the condition shapes up to be a major, long-term public health issue.

The announcement comes as President Joe Biden marked the 31st anniversary of the Americans with Disabilities Act in remarks in the Rose Garden at the White House with Vice President Kamala Harris.

Some people with long Covid may have a disability under various civil rights laws that entitles them to protection from discrimination, according to guidance released by the Office for Civil Rights at the US Department of Health and Human Services and the US Department of Justice.

The administration also provided guidance that addresses the needs of children with long Covid who may be children with disabilities, and updated information about where people can access resources and accommodations.

Long Covid, or post-Covid, is an umbrella term that describes a variety of physical and mental problems that can follow four or more weeks after a Covid-19 infection, according to the US Centers for Disease Control and Prevention.

The symptoms are not consistent, and it is not yet known how many people have the condition. Symptoms can include shortness of breath, fatigue, headache, fever, anxiety, depression, pain, a loss of taste and smell, difficulty thinking, a racing heart and many others.

During his remarks, Biden highlighted the work of disability advocates and also tout the bipartisan roots of the Americans with Disabilities Act.

The speech comes as the White House presses forward for a bipartisan deal in Congress to rebuild the nation’s crumbling infrastructure. The fate of the bipartisan infrastructure framework currently hangs in the balance on Capitol Hill.

Biden on Monday touted the ADA as an essential piece of legislation for the more than 60 million Americans living with a disability.

“Many of us can still recall in America where a person with disabilities was denied service in restaurants and grocery stores — and could be. Where a person using a wheelchair couldn’t ride on a train or take a bus to work or to school, or an employer could refuse to hire you because of a disability. An America that wasn’t built for all Americans,” Biden said.

The President continued: “Then we passed the ADA and made a commitment to build a nation for all of us, all of us. And we moved America closer to fulfilling that promise of liberty and justice, and maybe most importantly, dignity and equality for all.”

“Perhaps most importantly, we did it together,” Biden said, noting the 1990 legislation was spearheaded by Democrats and then signed by a Republican president, George H. W. Bush.

“Like so many Americans, he turned his disability, his apparent limitation, into greater purpose and will. … He made the rights of disabled Americans a lifelong cause,” Biden said of Dole.

Though the ADA offers critical protection, Biden noted that “too many Americans still face barriers to freedom and equality,” and that his administration has more work to do.

Biden also touted the provisions in his economic proposals that would address the needs of Americans with disabilities, including expanding access to long-term services and supports for people with disabilities.

“We’ve made important progress, but we still have work to do. We have to keep going to ensure that every single American has a chance to contribute their talents and thrive and succeed,” Biden said.

Harris added, “Folks, here’s the bottom line: The President and I will continue to fight with you to make America more accessible for all people.”

“This work is urgent, and the reason we do it is obviously important, because every person in our country deserves the opportunity to dream with ambition to have choices to shape their own future, unencumbered by any barrier, free from any obstacle,” Harris said in her introduction for Biden.

The President and vice president were joined by second gentleman Doug Emhoff, bipartisan leaders in Congress and advocates from the disability community. Biden also signed a proclamation marking the anniversary of the passing of the law. 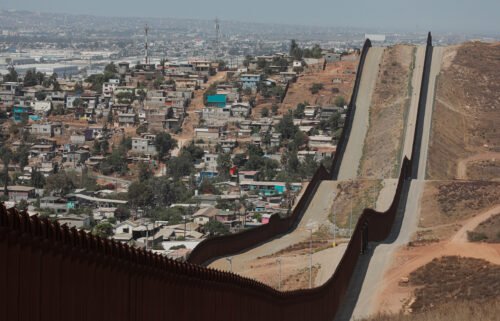 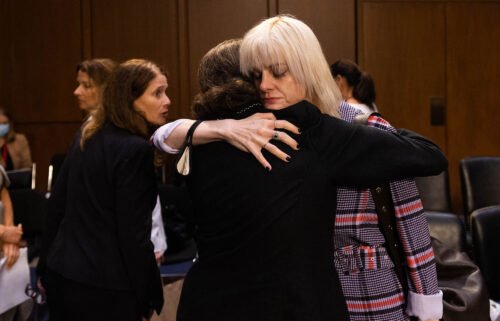 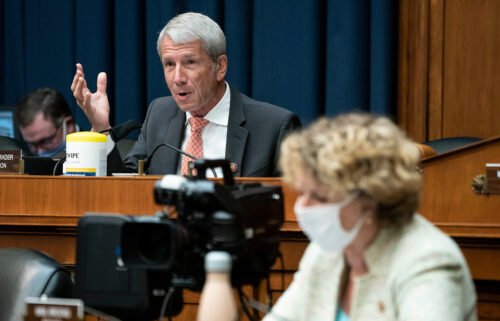