UNDATED (AP) — The Los Angeles Dodgers have played themselves into a Game 7 of the National League Championship Series against the Atlanta Braves.

Corey Seager and Justin Turner hit back-to-back homers in the first inning before Walker Buehler completed seven scoreless frames to lead the Dodgers past the Braves, 3-1. Seager put L.A. ahead to stay with his third homer in two games.

Cody Bellinger added an RBI single in the first off losing pitcher Max Fried (freed), who was reached for eight hits and four walks over 6 2/3 innings.

Buehler allowed seven hits but no walks while striking out six.

Kenley Jansen needed to throw just six pitches to record the final three outs for his first save.

Game 7 is tomorrow in Arlington, Texas.

The Tampa Bay Rays are trying to avoid the embarrassment of becoming the second team to lose a seven-game series after winning the first three games.

The Rays were leading the Astros, 3-0 through five innings at San Diego. Charlie Morton limited Houston to one hit and no walks over the first five frames.

Red-hot Randy Arozarena (ah-rah-zah-RAY’-nah) got the Rays going with a two-run homer in the bottom of the first, one inning before Mike Zunino (zoo-NEE’-noh) went deep off Astros starter Lance McCullers.

Clemson is 66 points better than Tech

UNDATED (AP) — It was a record-setting day for Trevor Lawrence and top-ranked Clemson.

Lawrence set career highs with 404 yards passing and five touchdowns as the Tigers destroyed Georgia Tech, 73-7. All five scoring strikes came in the first half, including two to Amari Rodgers.

Lawrence completed 24 of 33 passes before leaving the game following Clemson’s first possession of the second half.

Clemson’s 671 yards and 73 points are the most allowed by the Yellow Jackets in the modern era.

— Kyren Williams ran for 127 yards and Ian Book tossed a 13-yard touchdown run late in the third quarter that gave No. 4 Notre Dame the lead for good in a 12-7 decision over Louisville. Williams ran 25 times and had his third 100-yard game of the season as the 4-0 Irish won their 22nd straight at Notre Dame Stadium.

— No. 11 Texas A&M doubled up Mississippi State, 28-14 as Isaiah Spiller ran for 114 yards and two touchdowns. Kellen Mond threw for two scores and Chase Lane caught two passes, including a 51-yard touchdown reception early in the second half.

— Kevin Harris ran for two touchdowns and South Carolina turned three Bo Nix interceptions into points to defeat No. 15 Auburn for the first time in 87 years, 30-22. The Tigers had won eight straight in the series and looked like they had this one under control as they led 9-0 in the opening 10 minutes.

— Kelvin Joseph and Jami Davis returned interceptions for touchdowns in the first half and Kentucky shut out No. 18 Tennessee in the second half to bury the Volunteers 34-7. It was Kentucky’s first win in Neyland Stadium since 1984, the Wildcats’ largest margin of victory in Knoxville since 56-0 in 1893 and their most lopsided victory in the series since 1935.

TUSCALOOSA, Ala. (AP) — Alabama coach Nick Saban is back on the sideline against Georgia after all.

The Southeastern Conference cleared Saban on Saturday to coach in the game after he tested negative for COVID-19 the past three days.

Saban had initially tested positive on Wednesday, along with athletic director Greg Byrne.

UNDATED (AP) — The New England Patriots were back to work on Saturday, one day after a fifth player tested positive for COVID-19 and one day before their twice-postponed game against Denver.

The Broncos, meanwhile, had coronavirus news of their own Saturday. Running backs coach Curtis Modkins has tested positive and won’t make the trip to New England.

The Jaguars, Falcons, Colts, Panthers and Ravens also have dealt with COVID issues in recent days..

The Broncos haven’t played since Oct. 1. That’s the longest in-season break between games for any team since the NFL postponed all games on the weekend following the 9/11 attacks.

In other virus-related NFL news:

— The Ravens have placed defensive tackle Brandon Williams on the Reserve/COVID-19 list. The eight-year veteran ranks ninth on the team with 15 tackles. The Ravens face Philadelphia Sunday.

— The Jaguars say a player on their practice squad has tested positive for the coronavirus, but they still plan to play the Lions Sunday as scheduled. The player was quarantined, and the team is reviewing contact tracing data to determine what further precautions need to be taken. Jacksonville decided to hold football activities remotely on Saturday in keeping with NFL protocols.

— Browns wide receiver Odell Beckham Jr. had a second negative COVID-19 test in 24 hours, clearing him to rejoin his teammates and play in Sunday’s game at Pittsburgh.

RICHMOND, Va. (AP) — Mike Weir was the clubhouse leader when the second round of the Dominion Energy Charity Classic was halted by darkness.

The field tried to finish 36 holes on Saturday after the first round was postponed by rain. Weir surged ahead with a 63 in his second round for a 13-under total, three strokes ahead of Phil Mickelson.

Retief Goosen and Brandt Jobe are tied for third at minus-8.

Mickelson is trying to win for the second time in as many starts on the PGA Tour Champions circuit.

Three-time overall champion Mikaela Shiffrin sat out the race after tweaking her back in training. 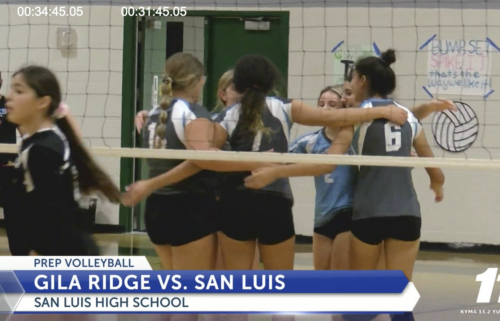