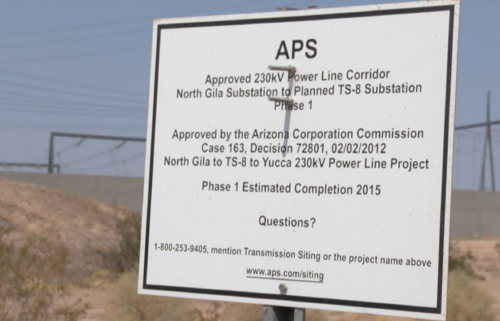 The Latest on wildfires in the U.S. West (all times local):

The National Weather Service issued a red flag warning for the area on Monday through Monday night.

Incident Meteorologist Dan Borsum said strong southerly winds and low humidity Monday will result in elevated fire weather conditions across the region. He said conditions may improve a little bit Tuesday but not a lot.

Borsum added that the air quality in the region may not improve until October.

MEDFORD, Ore. — Almost a dozen cats rescued amid scorching wildfires in Oregon are being cared for at a veterinary hospital and staff members have posted their photos on social media hoping to reunite them with their owners.

The cats have burned paws covered in bandages. Some of their bellies are seared and, in one case, a cat nicknamed Depot because he was found by the Home Depot, is hooked up to oxygen because its lungs suffered damage from the hot smoke.

Rory Applegate, a veterinarian at Southern Oregon Veterinary Specialty Center, says staff members are working even though some of them have had to evacuate or had family impacted by the blazes.

Applegate says the fires are a “huge emotional toll” on the staff but they are balancing out the management of critical patients and making sure they can stay stable themselves.

She said she expects animals to feel the impact of the heavy smoke in the coming days, too.

The hospital is trying to reunite cats with their owners and has posted pictures on its Facebook page.

SALEM, Ore. — Nearly a week after wildfires ignited across Oregon, which forced thousands of residents to flee their homes, firefighters spent Sunday setting and holding containment lines and starting to assess the damage.

The U.S. Forest Service said weather conditions in areas of the state, which include mist and favorable wind, was helping to limit the rapid spread of the blaze and dispersing smoke and fog to better firefighting conditions.

Two of the Oregon’s largest fires that continue to threaten communities in Clackamas and Marion Counties remained completely uncontained Sunday, but more favorable weather and an easing of some evacuation warnings in areas indicate an improving situation.

One of the large fires ravaging the area, the Riverside Fire was still within half a mile of the small city of Estacada, but the spread of the blaze has slowed.

In Marion County, where firefighters have been battling the Lionshead and Beachie Creek fires, evacuation levels of several cities were reduced during the weekend.

SALEM, Ore. — Oregon’s fire marshal who resigned after being placed on leave amid a personnel investigation says was trying to help a colleague and he “didn’t do anything wrong.”

Oregon State Police placed Fire Marshal Jim Walker on leave Friday night, and he resigned Saturday. In a news release Saturday, State Police Superintendent Travis Hampton said only that a leadership change was needed to face the “unprecedented crisis” posed by the wildfires burning across the state.

Walker told KOIN that he was placed on leave after trying to help a co-worker whose family was missing in a fire zone.

“I did so with the specific understanding that my visit had been cleared with the appropriate team personnel,” said Walker, who added his superiors decided he had overstepped his authority. “And although I’m losing my job because of it, I would do it again.

Mariana Ruiz-Temple, the chief deputy state fire marshal, has been named to replace him.

Authorities have arrested a man accused of posting threats on social media that he would kill another man who was organizing a benefit for survivors of a Northern California fire that has killed at least 12 people.

The Butte County Sheriff’s Office said Sunday that Songkham Sirivongsa, 40, was taken into custody Saturday after authorities were alerted to the threats by the benefit organizer. He was being held on one felony count of making criminal threats.

The motives for the threats were not immediately clear. Sheriff’s officials said the suspect threatened to use a firearm to kill the organizer and his friends. An investigation led to a home in Willows, where a suspect was taken into custody along with a firearm and ammunition.

It wasn’t immediately known if Sirivongsa had a lawyer who could speak on his behalf.

The collection of fires north of Sacramento has been burning for more than three weeks, engulfing over 400 square miles in Butte and Plumas counties. According to Cal Fire, about a quarter of the fire has been contained. It has destroyed more than 300 structures.

The weather service said that the wind, humidity and fire danger will “likely contribute to a significant spread of new and existing fires.”

The warning is in effect until 9 p.m. Sunday

The Oregon Department of Environmental Quality reported Air Quality Index numbers that were off the chart.

Air Quality Index is considered hazardous between 301 and 500. Portland’s index is currently at 426.

Values above 500 — which two cities, Madras and Roseburg both reported having — are beyond the index’s scale.

Officials advised people to stay indoors and that the low visibility, caused by fog and smoke, is creating hazardous driving conditions.

In Salem, where the Air Quality Index is 394, a dense smokey haze that clouded roads and homes made it difficult to see further than 50 yards ahead.

The National Weather Service in Portland reported that rain is expected Monday night, which could help clear smoke in Oregon next week.

LOS ANGELES — Firefighters in California are bracing for a shift in weather that could bring stronger winds Monday and stoke dozens of fires still raging across the state.

Red flag warnings are already in place because of gusty winds and low humidity across Northern California, adding urgency to the battle against more than two dozen fires across the state.

More than 16,750 firefighters were doing battle with fires that have already killed 22 people, destroyed more than 4,100 structures and engulfed scores of communities from the Oregon border to Mexico.

The city of Arcadia, a northern suburb of Los Angeles, ordered the residents of one neighborhood to evacuate as the 29,000-acre Bobcat Fire continued to grow over the weekend. Evacuation orders were also in place in many parts of the state.

The fires on the West Coast have been among the worst ever recorded.

MEDFORD, Ore. — Authorities say almost all of the people listed as missing from a deadly wildfire in southern Oregon have been accounted for.

Late Saturday, the Jackson County Sheriff’s office said that four people had died in the Almeda Fire that burned in the Ashland area.

Authorities earlier this week said as many as 50 people could be missing from the blaze, but now say the number of people unaccounted for is down to one.

The sheriff’s office said in a statement that the number could fluctuate.

At least 10 people were killed in wildfires that burned the past week throughout Oregon. Officials have said more people are missing from other blazes and the number of fatalities is likely to rise. 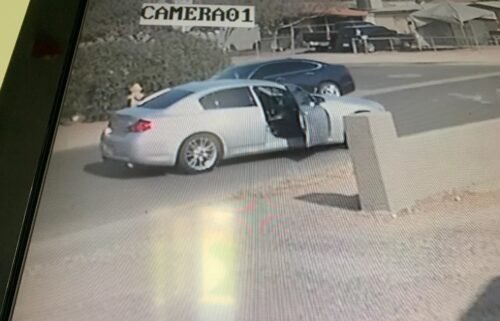 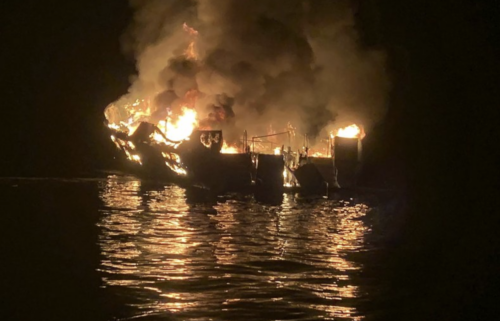 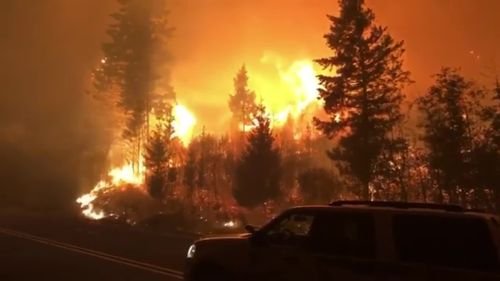