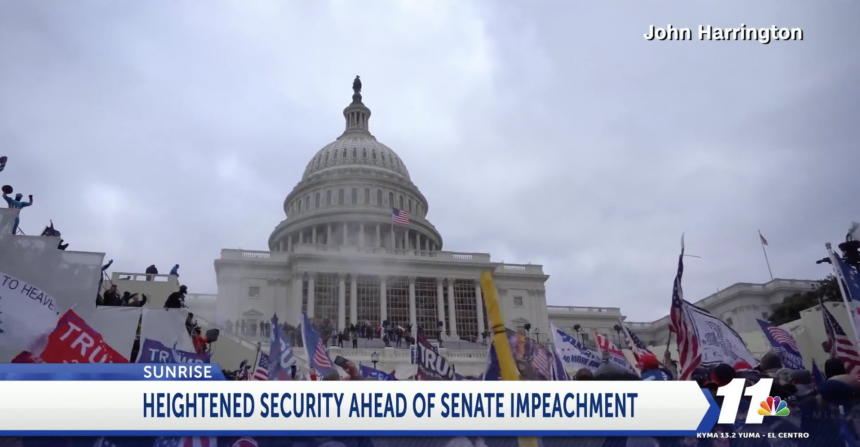 WASHINGTON (KYMA, KECY, CNN)- Members of Congress are starting to express fears about the vulnerable position last week's violent breach of the US Capitol put them in, as well as concerns they have about their security going forward and some controversial new security measures.

"I did not know if I was going to make it to the end of that day alive," Democratic Rep. Alexandria Ocasio-Cortez of New York said on Instagram Live on Tuesday. "It is not an exaggeration to say that many, many members of the House were nearly assassinated."

But with the inauguration just a week away, all security efforts have been focused on planning ahead, giving little room for investigations to look back and decipher how security was breached and what went wrong.

Extreme measures are being taken in light of the insurrection with thousands of National Guard members deployed to the Capitol and high fencing securing the border, but one example that has become a flashpoint for tensions around security at the Capitol are the metal detectors installed outside the House floor for all members and staff to go through.

Republican Rep. Lauren Boebert of Colorado, who has previously bragged about her desire to carry a weapon on Capitol Hill and was accused of disclosing Speaker Nancy Pelosi's location during the last week's raid, was involved in a standoff with Capitol Police at the newly installed metal detectors when trying to get on the floor Tuesday night.

"It is clear metal detectors would not have deterred the violent acts we saw; this political stunt does nothing to improve the safety of Members in the Capitol complex," Boebert said in a statement to CNN after the altercation.

GOP Reps. Markwayne Mullin of Oklahoma and Steve Womack of Arkansas yelled at Capitol Police when they were forced to go through the metal detectors. Womack shouted, "I was physically restrained," and Mullin said, "it's my constitutional right" to walk through and "they cannot stop me."

Pelosi on Wednesday proposed a new rule imposing stiff fines on members who refuse to follow new security rules. The fines -- which will be deducted from members' salaries -- will be $5,000 for the first offense and $10,000 for the second offense.

"It is tragic that this step is necessary, but the Chamber of the People's House must and will be safe," Pelosi said in a statement.

But even some Democrats are unhappy with the extra security because it has led to longer lines and members being forced to be within six feet of one another.