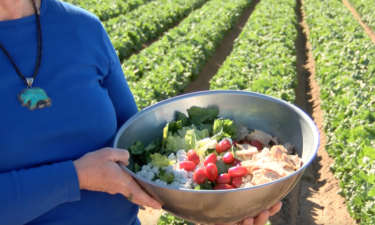 The New South Wales Jewish Board of Deputies has called on Football Australia to issue lifetime bans to fans found to have displayed Nazi symbols and salutes during Saturday night’s Australia Cup final.

On Sunday, Football Australia said it will go through all the video footage and images at its disposal from Saturday night’s Australia Cup final in Sydney after it was widely reported that some fans made “the Hitler Salute.”

But the match was marred by “anti-social behaviour” and eight people were evicted from the stadium during the final, Football Australia said in a statement.

According to reports in Australian media, some fans chanted and booed during the Welcome To Country ceremony, a sacred Indigenous tradition.

Pictures on social media also appeared to show Nazi salutes being performed by some supporters of Sydney United 58, a club founded by Croatian immigrants in 1958.

Football Australia, the sport’s governing body, said it would hold discussions with Sydney United 58, warning that the club and individual fans could face sanctions.

Sydney United 58 did not immediately respond to CNN’s request for comment.

In its statement, Football Australia said it “strongly condemns the actions of a small minority of individuals who engaged in behaviour that is not consistent with Football Australia’s values and wider community expectations.”

It added: “Football Australia is today assessing all footage and images available of certain individuals which are of concern to our organisation and the broader Australian football community, including the displaying of the “Hitler salute”.”

The governing body said it was “working closely” with stadium management and New South Wales Police and would take “strong and swift action.”

Darren Bark, chief executive of NSW Jewish Board of Deputies, said in a statement to CNN: “These vile symbols and salutes have no place in modern Australian society. They represent the ultimate manifestation of evil — an evil which led to the murder of millions of innocent civilians during WWII, including six million Jews and thousands of Australian diggers who lost their lives fighting against the Nazis during WWII.”

He added that the board, “urges the governing body to take strong action against any fan who participated in these acts, including implementing lifetime attendance bans.”

“Football Australia should also work with Sydney United to address the concerning views which are venerated by some of its fans,” he continued.

The crowd’s noise during the Welcome to Country, performed by Erin Wilkins before the game, “reached unacceptable levels,” Football Australia acknowledged.

“We regret that this occurred and are reviewing all available footage and audio to further analyse the incident,” it said in its statement.

“Football Australia has been in direct communication with Erin Wilkins during and since the match and will continue to receive hers and the Football Australia National Indigenous Advisory Group’s guidance on this matter.”

Craig Foster, former Sydney United and Australia player, tweeted: “All involved need to be held accountable including the club.”

Football Australia co-CEOs Beau Busch and Kathryn Gill said in a statement: “On the pitch the match reflected the universal values of fairness, respect and courage that should define our sport. Unfortunately, in the stands these values were shattered.”

The statement added: “Our sport must now respond and the players are committed to playing an important role. An effective response will not be developed by focusing on whether or not these actions were inflicted by a minority.”