It took a little more than two months for the US to record its first 50,000 coronavirus cases. Now it has seen that many cases reported in a single day.

On Wednesday, 50,203 new coronavirus cases were reported — a record for one day, according to data compiled by Johns Hopkins University.

Wednesday’s total eclipses the previous high of new cases reached on June 26, when 45,255 new coronavirus cases were reported across the US.

There have been more than 2,685,000 cases of coronavirus in the country, according to Johns Hopkins University. More than 128,000 people have died.

California, the most populous state, reported 9,740 new cases. That figure included 5,898 cases reported to the state in the past 24 hours and 3,842 previously unreported cases from a five-day period, Ali Bay, a spokeswoman for the state’s joint information center, said.

The spike comes as many states are pausing their reopenings or rolling back some restrictions.

More than 28 million Californians live in counties where restaurant dining rooms, bars and other indoor facilities are being told to stay shut or close as the number of Covid-19 cases continue to worry state officials.

“Bottom line is, the spread of this virus continues at a rate that is particularly concerning,” said Newsom, who added that the percentage of people who test positive is rising.

These restrictions will remain in place for at least three weeks, Newsom said.

Newsom said California’s state beaches in areas where local governments have closed theirs will also be closed. Parking lots at state beaches that are open in Southern California and the Bay Area won’t be operating.

California isn’t the only state that announced new restrictions. Michigan is closing indoor service at bars throughout most of the lower part of the state. Governors in Pennsylvania and Oregon ordered their citizens to wear face coverings.

Weekend could be a ‘perfect storm’

As the Fourth of July weekend nears, an infectious disease doctor said the United States could be heading into “the perfect storm” for a spike in coronavirus cases.

“It’s set up a perfect storm: the combination of travel, the combination of reopening — perhaps in some cases, too early — and the combination of people not necessarily following some of these preventive guidelines,” Dr. Joshua Barocas, an infectious disease physician at Boston Medical Center, said during a Wednesday briefing by the Infectious Diseases Society of America.

Dr. Ricardo Franco, assistant professor of medicine at the University of Alabama at Birmingham, said, “this surge in our prolonged first wave of infections, it’s very difficult to predict what might happen and the Fourth of July weekend could play a big role in this.”

Other states order bars to shut down

Some states with hotspots are taking action in an attempt to reduce crowds by shutting down bars, closing beaches and canceling fireworks displays.

A total of 23 states have changed or paused reopening plans because of spikes in coronavirus cases, and bars have come in for particular attention.

All those factors can increase the spread of the virus, he said.

Texas, Colorado and Delaware have ordered closures or limits on bar operations.

Dr. Anthony Fauci, the director of the National Institute for Allergy and Infectious Diseases, also gave bars nothing to cheer when he appeared before Congress this week.

In hard-hit South Florida, beaches from Palm Beach to Key West will be shut down for the holiday weekend.

One hopeful note from another corner of the country: New York City beaches have opened for swimming.

The “mixed message” about wearing a mask at the beginning of the coronavirus pandemic in the US has contributed to the reluctance of some Americans to wear a face covering now, Fauci told NPR on Wednesday.

Americans who didn’t have coronavirus symptoms were told not to wear a mask February and March as a shortage of personal protective gear for medical workers worsened.

By May, health experts, including Fauci, changed their guidance and urged all people to wear masks in public to prevent the spread of the virus.

“I think that did have an effect,” Fauci, head of the National Institute of Allergy and Infectious Diseases, told NPR.

Fauci admitted that the early message to Americans about wearing a mask was “confusing.” Without elaborating, he said there were “many other things” now contributing to why people do not want to wear a face covering.

“We have to admit it that mixed message in the beginning, even though it was well meant, to allow masks to be available to help workers, that was detrimental in getting the message across right now,” Fauci said. “No doubt about it.” 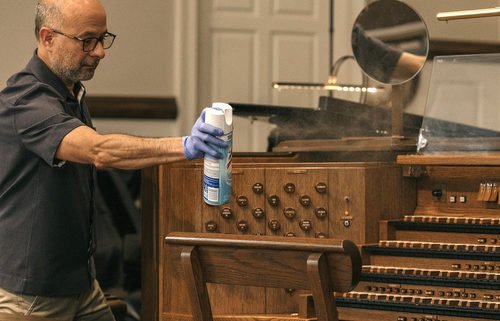 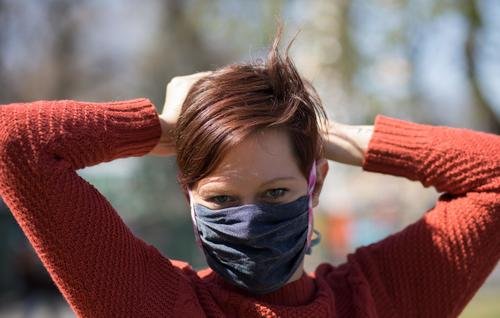 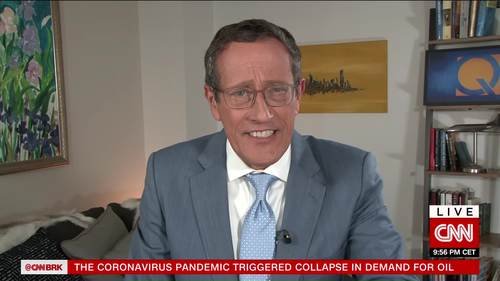