Attorney General Merrick Garland on Wednesday defended a series of controversial arguments made by the Justice Department in recent weeks that endorsed legal positions held by former President Donald Trump and the previous administration.

Garland was pressed to explain those moves while testifying before several Senate subcommittees. Specifically, he was asked about the department’s support for arguments related to an assault allegation against the former President and the release of a memo of regarding handling the Mueller investigation.

“The job of the Justice Department in making decisions of law is not to back any administration, previous or present. Our job is to represent the American people,” Garland told the Senate Appropriations Committee.

“And our job in doing so is to ensure adherence to the rule of law, which is the fundamental requirement of a democracy or a republic or a representative democracy,” he added. “And the essence of the rule of law is what I said when I accepted the nomination for attorney general. It is that like cases be treated alike, that there not the one rule for Democrats and another for Republicans, that there not be one rule for friends and another for foes.”

Garland acknowledged he is aware of the criticism around those decisions and that “it is not always easy to apply that rule.”

“In every case the job of the Justice Department is to make the best judgment it can as to what the law requires. Now matters of policy of course are completely different,” he said. “That explains why we have reversed policies of the previous administration many times over the last three months, and why we have initiated our own policies that are distinctly different from those of the previous administration.”

One of the DOJ arguments in question relates to a defamation lawsuit filed against Trump by E. Jean Carroll after the former President denied accusations that he raped her inside a New York department store in the 1990s.

Since the comments were made during his presidency, the Justice Department has argued that it, rather than Trump personally, should serve as the defendant in the case The move was viewed as one that would greatly benefit Trump by likely ending the litigation.

DOJ is also partially appealing an order to publicly release a pivotal 2019 memo that could shed new light on how Trump appointees at the Justice Department justified why he shouldn’t be charged, even though special counsel Robert Mueller’s investigation found strong evidence that Trump repeatedly obstructed the probe.

Garland reiterated Wednesday that the Justice Department will no longer seize journalists’ records in leak investigations, when asked about the Trump administration’s push to obtain email records of journalists from multiple outlets, including CNN.

“The President has made clear his view about the First Amendment and coincide with mine … vital to the functioning of our democracy. And that extends to the need for journalists to be able to go about their work,” he said. “We will not use compulsory process in leak investigations to require reporters to provide information about their sources, when they’re doing their job as reporters. That is going to be our policy.”

Garland told lawmakers that he is working on a full memo that codifies the policy on media records seizures that the department previously announced.

His comments came shortly after CNN reported Wednesday that the Trump administration battled with CNN for half a year to obtain the email records of a reporter and insisted it all take place under an extraordinary order of secrecy.

The pursuit — which started in July 2020 under then-Attorney General William Barr with a demand for two months’ of CNN Pentagon correspondent Barbara Starr’s 2017 email logs — continued even after a federal judge told the Justice Department its argument for access to Starr’s internal emails was “speculative” and “unanchored in any facts.”

The Trump administration’s secret pursuit represents a highly unusual and unrelenting push for journalists’ records. It included putting CNN lawyer David Vigilante under a gag order prohibiting him from sharing any details about the government’s efforts with anyone beyond the network’s president, top attorneys at CNN’s corporate parent and attorneys at an outside law firm.

Garland was pressed by Republican Sen. Susan Collins on whether the department has any information about how tax information from several of the world’s richest people was leaked to the public.

“These highly confidential personal documents were obtained illegally. Any taxpayers should be guaranteed that their privacy will be protected when they provide information and pile their returns with the IRS,” Collins said, referring to ProPublica’s reporting Tuesday on exclusively obtained IRS documents which showed how the likes of Bezos, Musk, Buffett, Bill Gates, George Soros, Mark Zuckerberg and Michael Bloomberg have legally avoided paying income tax.

“Does The Department of Justice have any information about the origin of this breach, and what steps is the department taking to investigate, identify and apprehend those responsible?” Collins asked.

Garland responded saying he agrees the disclosure is an extremely serious matter.

“People are entitled obviously to the greatest privacy with respect to their tax returns to be honest, I know nothing more than that about this and what I read in the Pro Publica piece,” Garland added, noting he expects the matter will be referred to DOJ and will be a top priority.

“Any unauthorized disclosure of confidential government information by a person of access is illegal and we take this very seriously,” she said.

This story has been updated with additional details from the hearing. 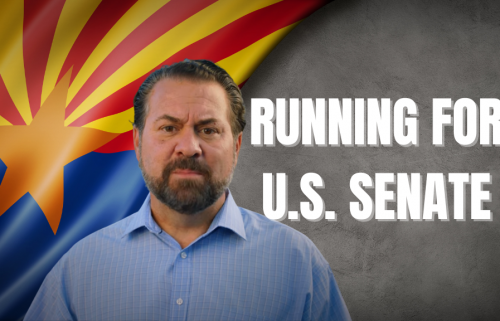 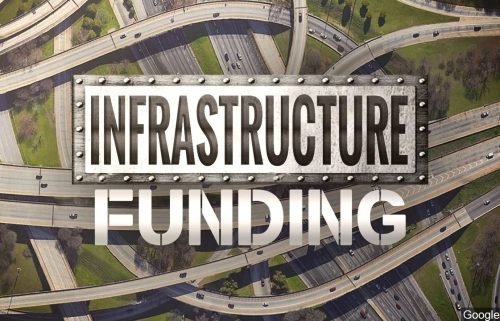 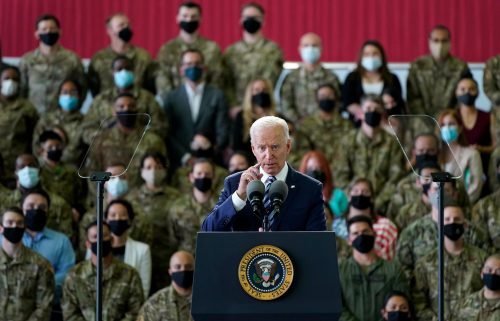 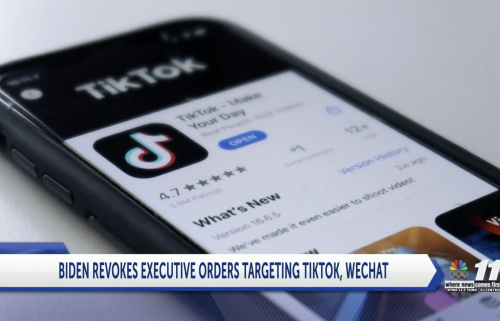