On a night of simultaneous town halls on rival TV channels, Trump and Democratic nominee Joe Biden played out the roles of aggrieved incumbent and comfortable front-runner after the cancellation of their second debate.

As a metaphor for a divided America, Thursday night was just about perfect. In a starkly polarized nation, voters could tune in to the channel where their candidate was saying exactly what they wanted to hear. The undecided — a small cohort two-and-a-half weeks from Election Day with millions of votes already cast — faced a challenging night with an itchy clicker finger.

If they took the trouble to switch back and forth, they would have veered between two different worlds. In Trump’s, the President shifted blame for everything, refused to condemn conspiracy theories falsely linking Democrats to pedophiles, massively undermined mask wearing amid the pandemic and reinforced questions over whether he knowingly carried on in public while infected with Covid-19. He fired off relentless attacks and serial untruths and left little doubt that the man who swore to preserve, protect and defend the Constitution on January 20, 2017, is threatening to tarnish it with his equivocal comments on whether he would hand over power peacefully.

In the parallel Biden world, viewers saw a candidate who, far from picking fights, was telling Americans he wanted to avoid them, saying, “We have got to change the nature of the way we deal with one another.” The former vice president savaged Trump for his handling of the pandemic and painted a vision of a White House where a President listens to scientists on simple issues like wearing masks. Freed of Trump’s constant interruptions during the presidential debate, Biden held forth on his plans on everything from health care, foreign affairs, quelling Covid-19 and climate change. He grudgingly and awkwardly promised an answer to his fence-sitting on Supreme Court packing before the election. Compared to Trump’s bristling offenses, Biden’s relaxed, discursive style — and sometimes long and technical arguments — were a reminder that you can take the man out of the Senate, but you can’t take the Senate out of the man.

On NBC, it was immediately obvious that the President would not ditch his belligerent bulldozing, even with his opponent on a different network. This time it was NBC moderator Savannah Guthrie who was in Trump’s sights.

Out of his comfort zone of adoring rally crowds and friendly Fox News interviews, the President did look rather like a candidate who seems to be losing the election, can’t quite understand why and thinks it’s very unfair.

He was fuming, argumentative and resentful right out of the traps, complaining that one of Guthrie’s questions was “cute,” that the network had previously questioned Biden as though he were “a child,” and that he had been treated “very, very badly” by the IRS despite essentially paying no federal income tax for years. He painted the pandemic as solely the fault of China, and despite 217,000 American deaths so far, he praised himself for saving millions of lives. In another litany of complaints, the man who styled himself as the great deal maker insisted there was no new stimulus package because, “you know who I’m negotiating against? Nancy Pelosi.” And he carped that his FBI Director Christopher Wray “is not doing a very good job” since he doesn’t share the President’s false and inflated claims of massive vote fraud.

On Covid, when confronted with better performances by other nations, Trump declared a tone deaf victory: “On the excess mortality, we are a winner,” the President said. “It happened because of China. And you have to get that and understand that,” the President said, characteristically trying to deflect scrutiny of his own mistakes that happened long after Beijing failed to alert the rest of the world about the pandemic with appropriate urgency.

Trump’s answer when questioned by Guthrie about whether he repudiates QAnon conspiracy theorists — who believe Democrats are part of a satanic cult of child abuse — epitomized how extraordinary moments that would be unthinkable in any other presidency are now simply routine.

Trump denied all knowledge of a group that he previously noted likes him, and after retweeting QAnon material.

“But there’s not a satanic pedophile cult being run –” Guthrie said, before she was interrupted by the President.

“I have no idea. I know nothing about that,” Trump replied. “You don’t know that?” Guthrie asked, before the President responded: “No, I don’t know that and neither do you know that.”

The conversation ended with Guthrie reminding Trump that the President should not just tweet like somebody’s “crazy uncle” after he responded to a question about another unhinged conspiratorial fantasy about the killing of Osama bin Laden by saying, “I’ll put it out there. People can decide themselves.”

The exchange revealed a fundamental truth about Trump’s political career. His clash with a major mainstream news anchor in itself will delight supporters who elected him to destroy Washington’s status quo. His refusal to adopt what his fans would see as a politically correct answer on White supremacy and QAnon is germane to his appeal to millions of Americans. But to cement that bond, he adopts ever more extreme and false positions that are guaranteed to alienate at least half the country and appear incompatible with any traditional notion of presidential behavior and duty.

Biden seeks consensus in an age of acrimony

Biden, who like Trump is in his 70s, came across on ABC like another kind of uncle. He was friendly, courteous and a throwback to a less contentious era with his talk of activating democracy by seeking consensus with Republicans who set out to thwart the Obama administration from its earliest hours. Biden was essentially offering Americans something that no one — Trump haters or partisans — have experienced for three-and-a-half years: a calm hand on the helm, peace and quiet and a president who is not inside everyone’s heads from dawn to dusk.

The cancellation of the second debate, after a series of twisting consequences following Trump’s diagnosis of Covid-19, was a big break for the former vice president. It removed one of the last risky moments of a campaign in which national polls say he has a double-digit lead. Biden now only has to safely navigate the final face-to-face clash with Trump on October 22 before tens of millions of voters make their final decision.

For those minded to agree with Biden, his arguments that Trump is an insult to America’s democratic soul, runs counter to traditional national values and has taken the country on a self-destructive ride that is tearing it apart, seemed to be borne out by the President’s antics on the other network.

Biden accused Trump of being more concerned with the stock market than the pandemic and said if he is elected, he would lean on governors, mayors and council presidents to mandate mask wearing. With Trump’s nominee Judge Amy Coney Barrett on a glide path to a Supreme Court confirmation that would cement a 6-3 conservative majority, Biden again declined to give an unequivocal answer on whether he would seek to redress what liberals regard as two stolen seats on the bench by expanding the size of the court.

Biden said he was “not a fan” of court packing but said that his position will depend on how Republicans — who are going full steam ahead to seat Barrett before the election — “handled” the issue.

“So you’ll come out with a clear position before Election Day?” Stephanopoulos asked.

“Yes. Depending on how they handle this,” Biden said, not really offering much more clarity than before in an apparent attempt to straddle between liberal voters who are furiously demanding action and more moderate voters and even Republicans thinking of a once-in-a-lifetime vote for a Democrat.

The exchange offered a preview of what is likely to be a daily leitmotif if he is elected president, with Biden pulled between his own instincts for consensus, tradition and an ideologically diverse coalition and the aspirations of an increasingly progressive party that is ravenous for a chance to wield era-defining power.

The former vice president’s tendency for long-winded answers was underscored when he was asked by a young Black man, who recalled his “you ain’t Black” comments to radio host Charlamagne tha God, what he could offer to young Black voters who might not take part in the election because they see it as bolstering a governing system that has offered them little. Biden detailed how he had helped African Americans during a political career that has lasted almost a half century but digressed into a confusing story that appeared to equate racial justice to how the White middle class accumulates wealth.

Asked whether he had heard what he wanted to hear, the questioner responded: “I think so,” promoting Biden to jump in: “Well there’s a lot more if you want to, if you’re going to hang out afterwards, I’ll tell you more.”

It’s all about the rules

The candidates’ answers about undergoing personal Covid-19 tests captured the essence of the evening. Trump refused to say whether he had honored an agreement to post a negative test before the first presidential debate in Cleveland, which happened several days before he was airlifted to hospital.

“Possibly I did, possibly I didn’t,” Trump said, strengthening the hand of critics who believe he may have been contagious for several days before his positive test but carried on election activity regardless, potentially exposing many people.

Biden, seeking a clear contrast with the President, said he had been tested before Thursday’s town hall.

“If I had not passed that test I didn’t want to come here and expose somebody. It’s just decency to be able to determine whether or not you are clear,” he said, empathizing with “guys with the cameras, Secret Service guys.”

Ahead of the final debate next week, the former vice president said: “I am going to abide what the (presidential debate) commissions call for.”

At its most basic level, that is what the election is all about. It’s a contest between a candidate who plays by the rules and an incumbent President whose entire life shows he doesn’t think everyone else’s rules apply to him. 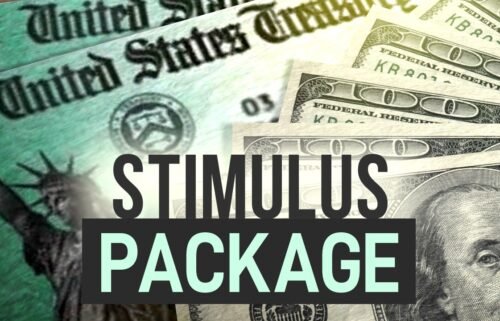 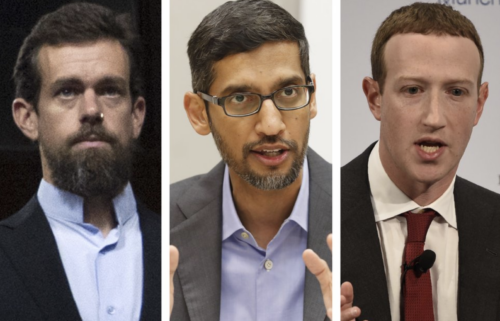 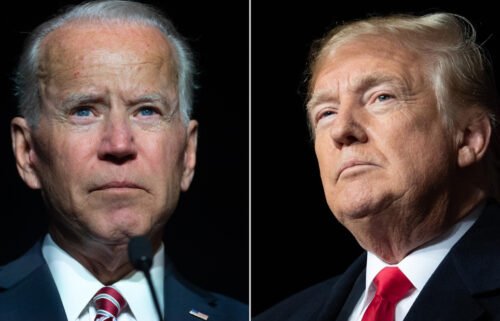