Even before the coronavirus became a pandemic that shut down the world, the federal government was sweeping up supplies that could help health care workers and its own employees protect themselves and help the sick.

The onslaught of federal orders has stressed major parts of the medical supply chain, pitting federal agencies against themselves in a battle to acquire protective equipment that is in high demand all across the country. The government’s buying power has also contributed to the backlog of supplies that states and agencies desperately need.

“It is a challenge,” Kentucky Gov. Andy Beshear, a Democrat, said this week. “The federal government says, ‘States, you need to go find your supply chain’ and then the federal government ends up buying from that supply chain.” Beshear said his state lost out to the Federal Emergency Management Agency, which has taken the lead on federal coordination, in an effort to get personal protective equipment — items that are in high demand but short supply.

Some departments, like the postal service and prisons, are in a similar position — trying to obtain equipment to protect against coronavirus but potentially waiting weeks before they get it.

One distribution company, for instance, told CNN that over the last two weeks, there have been more government orders for personal protective equipment than the company normally receives over the course of a year.

In some cases, the government is going directly to manufacturers for supplies, creating longer wait times for other agencies, and even for suppliers themselves.

Noble, a Boston-based distributor that contracts with the federal government, noticed that FEMA is buying face masks directly from 3M — rather than relying on its usual distributors. That’s left agencies like the US Postal Service without access to masks. Noble has 1,000 orders for out-of-stock cases of N-95 masks for the Postal Service, the type most recommended to protect against the virus. The backlog “bumps everybody to the right,” CEO Tom Noble said. “That’s not a normal chain of events for the market itself.”

Snapping up supplies in February

Weeks ago, federal agencies were already increasing the purchasing of some products like hand sanitizer more than tenfold, Noble said.

The government’s spending on coronavirus-related supplies and services from March 13 to 19 surpassed more than $36 million, according to government purchasing data.

Noble began seeing the federal government’s requests for hand sanitizer as well as masks and personal protective equipment spike around mid-February, its CEO told CNN this week. Department of Defense facilities in Europe, for example, increased the amount of hand sanitizer it requested from Noble by 1,400% — an “unprecedented” increase, Noble told CNN. It was among the first indicators the company received that there would be significant buying related to coronavirus, the CEO said.

By late February, the Defense Department and state and local governments were upping their orders for hand sanitizer by 1,200 percent, Noble added.

Usually, it would take two weeks to fulfill a backorder, but now it can take as long as eight weeks, Noble said.

The Senate’s draft $2 trillion stimulus bill, made public Wednesday, highlighted the effect the disrupted supply chain has had on the federal prison system. The Bureau of Prisons was struggling to purchase personal protective equipment, Congress noted, because it is “currently competing and engaging in the same landscape of vendors as all other federal agencies and private entities,” according to the draft bill.

Since March 13, the federal prison system had signed contracts to buy more than $500,000 worth of N95 face masks and respirators, according to federal contracting data.

To troubleshoot the backlog, some federal agencies have been upending their typical approach to get the supplies they need, going around distributors and seeking out new providers.

The Department of Health and Human Services put out a request for information on March 21 for ventilator manufacturers to identify themselves within two days. They’ve reupped that posting several times this week. The Department said it was looking to buy ventilators produced on a weekly basis beginning this week through the end of the year, and asked possible manufactures how many they can “rapidly produce” and for how much, according to the listing.

“They’re going to existing suppliers first, then if they run out, they go to other providers,” said Jerry McGinn, a government contracting expert at George Mason University. “But it’s a worldwide thing. Some of their providers are in Germany. Everyone in the world are looking for these.”

In the week after President Donald Trump declared a national emergency, the Department of Veterans Affairs spent almost $200,000 buying ventilators from two companies, and the National Institutes of Health bought more than $30,000 worth of hand sanitizer, according to federal spending data related to coronavirus.

Since then, confirmed cases of the virus have surged into the tens of thousands, with large numbers of people hospitalized, and more than half the nation ordered to stay at home. The epidemic has prompted doctors to plea for more supplies and ventilators and Americans to run to grocery stores for sanitizers and other materials.

A team at the General Services Administration, which oversees purchases for the federal government, recently identified sources for 46,000 masks to provide to FEMA, according to a spokesperson for the agency. GSA, which is effectively the landlord for agencies, bought in early March more than 3,600 gallons of cleaning and sanitizing products for the buildings it owns and office spaces it leases.

Since the outbreak began, GSA also has donated medical supplies to states like New Jersey.

“Agency customers come to us to buy anything from hand sanitizer and cleaners to network infrastructure and cloud services,” Pamela Pennington, GSA’s spokesperson, wrote in an email to CNN.

In the meantime, some traditional distributors of medical supplies are at a standstill. Chris Vicari, a contracts manager at Chinook Medical Gear Inc. in Colorado, one of the federal government’s surgical mask providers, told CNN that Homeland Security agencies, like the Transportation Security Administration, “ordered what stock we had available when the outbreak began.”

Since then, the company has faced extremely limited access to supplies made by larger manufacturers or distributors. “In some cases we are unable to order any amount at all,” Vicari said. “This results in us not being able to get supplies to provide to the government or to hospitals.”

Normally, the company is able to fill orders within a week. Vicari called the current situation a “national backorder.”

“We are not able to give our customers an ETA on fulfilling any orders,” he said. 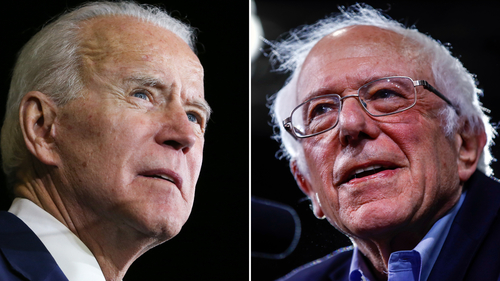 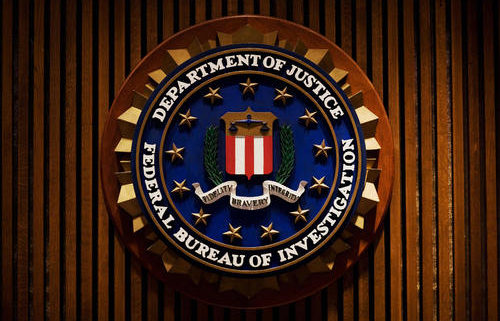 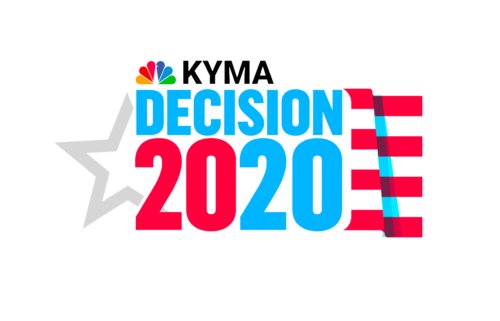