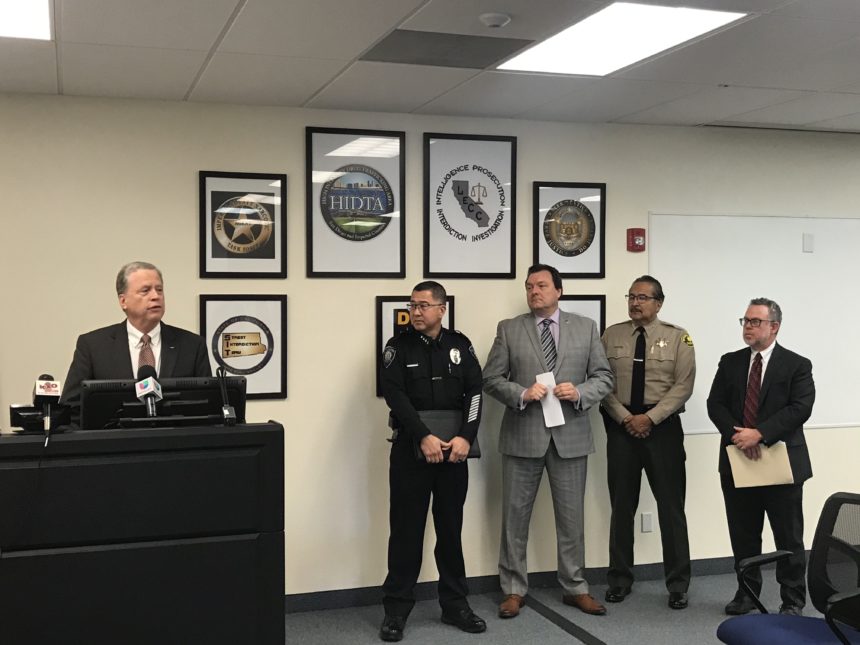 EL CENTRO, Calif. (KYMA, KECY)- A Brawley man is facing time behind bars after being accused of supplying fentanyl-laced pills to a student who overdosed on the drugs and died.

According to the U.S. Attorney’s Office the student is the youngest person in Imperial County to die from a fentanyl overdose.

The tragic death happened back in October. The student was a 15-year-old football player at Central Union High School that died just two days before his 16th birthday.

"On October 8, the victim’s grandfather tried waking him up for school, but he was unresponsive," said Robert Brewer, U.S. Attorney.

According to the complaint filed 20-year-old Lorenzo Anthony Garcia of Brawley is now charged in the overdose death of the victim.

The complaint alleges that Garcia was selling drugs to several high school students and that he continued distributing the counterfeit pills even after he knew about the overdose death.

According to the U.S. Attorney's Office, Imperial County has not had a high number of fentanyl overdose deaths, but this number is on the rise in other parts of California.

“We do not want this region to mirror the San Diego trend. Just five years ago San Diego had 21 deaths in 2019 there were 150," said Brewer.

Local law enforcement is working with the Drug Enforcement Administration and local schools to combat the distribution of fentanyl and other drugs. They are also asking parents and school staff to educate their students on the dangers of fentanyl.

Garcia was formally charged in a federal court in El Centro Wednesday and if convicted could spend up to 20 years in prison.