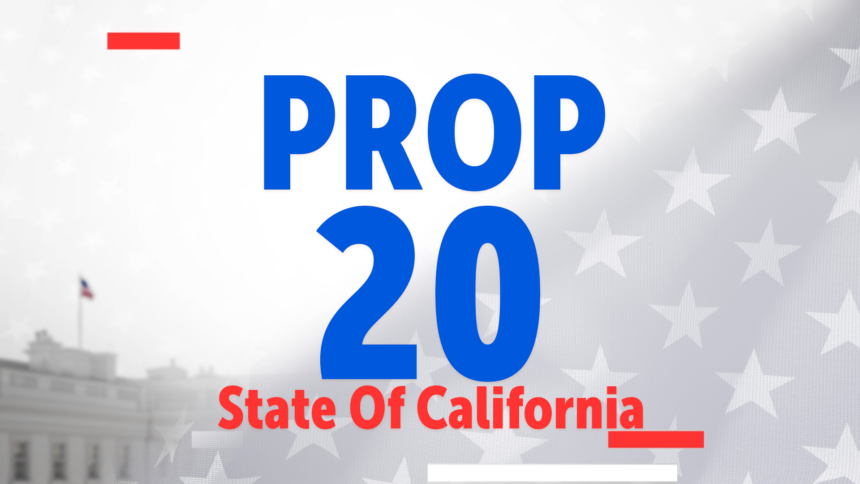 The ballot initiative would make specific types of theft and fraud crimes, including firearm theft, vehicle theft, and unlawful use of a credit card, chargeable as misdemeanors or felonies, rather than misdemeanors. The ballot initiative would also establish two additional types of crimes in state code—serial crime and organized retail crime—and charge them as wobblers (crimes chargeable as misdemeanors or felonies).

"Right now California crimes that are considered nonserious and nonviolent—and that allow you to get out of jail or prison earlier—are drugging and raping somebody, raping a developmentally disabled person, spousal abuse, a drive-by shooting, human trafficking of a child. So a myriad of different crimes, some 17 to be exact. The public never had any idea. These were not considered serious or violent crimes in the state of California. When they hear it they're shocked."

"They would like us to believe that California is in dire straits in order to reverse many of the reforms we have put in place since 2012. ... We urge the proponents of this new effort to reject the Trump Administration’s return to the failed 1990’s era of harsh sentencing and mass incarceration, as the voters of this state have consistently done, and instead work toward keeping California’s crime rates the lowest in history."

"Prop. 20 wants to basically eliminate all hope in the prison. Men who have given decades will have no chance to earn their way back to society. And that's fundamental to any kind of criminal justice system that while you impose punishment, you make room for redemption and rehabilitation in the prison."